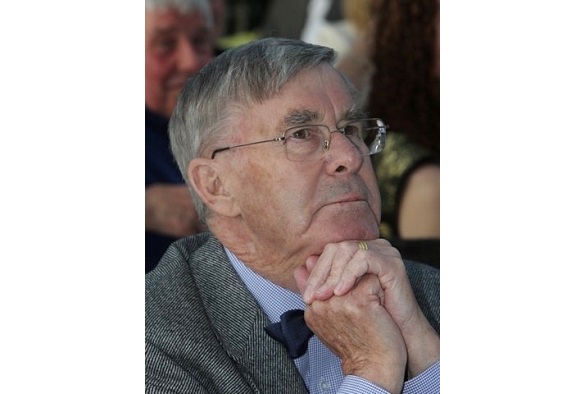 By any measure Graeme Davies was an academic titan. But none of this does justice to the huge personal qualities of the man who filled those big positions. Graeme was a wise, funny, brave, strategic, risk taker.  He was the largest presence I have ever met – intellectually, physically, emotionally. He could complete The Times crossword before I could even work out what the first clue meant! I owe my own academic career to him. In 1986, I was marooned as junior lecturer in the Politics department at Liverpool. One fateful day I was summoned to the Vice-Chancellor’s office at 9.30. I expected to be sacked for under-performance. Instead, he told me he had read my book ‘Liverpool on the Brink’ and proposed to take me out of teaching to set up an urban research centre. He would do it with £5,000 from his Vice-Chancellor’s Discretionary (Slush?) Fund. In return I was supposed to bring in quarter of a million pounds in 3 years – in old money! Frightened to say no, I said yes. But somehow it worked. That small sum subsequently generated millions in external research income. He did that kind of thing with many others – often relative outsiders as he himself had been. He could always see the angel in the marble. And his risk-taking and entrepreneurship usually paid off.

After 1986 I worked with Graeme trying to get the university more involved in the civic life of Liverpool. He is still remembered – revered even – for his efforts to help the church leaders steer the city through those troubled times. Instructively, as an engineer he knew how to get up the bonnet of the engine and fix things – like when local kids kept breaking the windows of the University library at weekends. He simply opened the University swimming pool to the local schools. In return, the kids agreed to stop throwing stones.

Wherever Graeme went he was an innovator. Systems were made more transparent and accountable, people were happier, research income went up, institutional performance improved. He attracted fierce loyalty from many colleagues. However, like all good leaders he would walk lightly but carry a big stick. Firm in his judgments, he was also gentle with his people. For example, he was a hero in his relationship with our mentally handicapped son Joey over many years – even when he was overly demanding of Graeme’s time.

I and my wife Fran stayed close friends for over 30 years with him and his first wife Flo who was head of the English Language Unit at the University of Liverpool when he was VC. Together they were a formidable force with wide hinterlands. Graeme had a huge library with many valuable first editions. They built a wonderful garden at their home in Scotland with a vast lake, a maze garden, a Japanese garden and a Victorian walled garden. And they did it a second time with the home they moved to in Nottinghamshire to be closer to their ill daughter Helena. Graeme continued to develop that garden with his second wife Svava. Both these houses hosted parties of the great and not so great that Graeme liked to have around him – remaining the true democrat from relatively humble beginnings in New Zealand. Graeme liked the best things in life – but he also wanted them for everybody.  He was a great birder and took us to Africa, Latin America and New Zealand – including  to the house he grew up in – in search of exotic birds but also wonderful places, wine and food. He taught me about good wine – mainly Claret and Sauterne with some New Zealand Pinot Noirs – for which I will remain eternally grateful.

With Graeme Davies’ passing higher education has lost a great leader, the world  a great person, Svava a devoted husband. I have lost my best friend, mentor and father figure. We have spent every New Year’s Eve for the past 25 years with him and his family. I do not know how I will face the changing of the year this time without him. But I know Graeme   has given me the courage to do so.