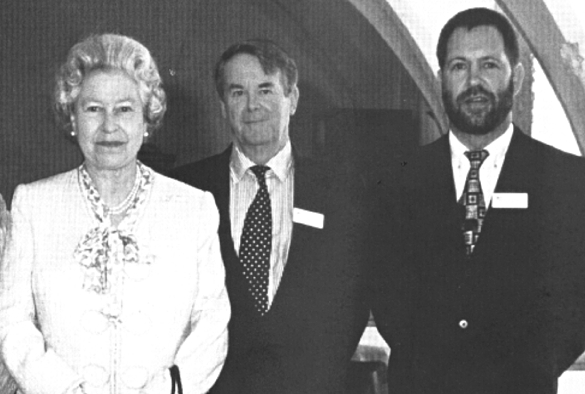 Emeritus Professor Stuart Carter looks back on Her Majesty The Queen’s support for a Liverpool research project that helped save her favourite pony breed from a fatal disease.

“Most people know that the Queen was very keen on horseracing, but she also had a special interest in a particular equine breed called the Fell pony, which was her favourite to ride. It was her love of Fell ponies that brought her into contact with us at the School of Veterinary Science back in the late 1990s, when I co-led a research programme to help tackle an emerging fatal disease in the breed.

Foal Immunodeficiency syndrome (FIS), first reported in Fell ponies in 1997, is an inherited fatal disease that causes foals to become anaemic and fall prey to opportunistic infections. Any foal born with the syndrome sadly will not survive.

With reports of FIS increasing in Fell ponies and also spreading to other equine breeds, I was approached to help with identifying the pathology underlying the disease and we set up a research programme at Liverpool. Much to our surprise, we were soon contacted by the Queen’s staff and invited to Windsor Castle to discuss the problem with her. The Queen was very supportive with publicity for the research, in kindly providing samples from her own Fell ponies and encouraging other breeders to help us.

Subsequently, the Queen kept in touch, either through direct meetings with the research team or through her stud team. A few years later, we identified the mutant gene responsible for FIS, established a testing and breeding programme and have all but eradicated the disease worldwide.

The Queen was delighted not only for the Fell pony but because we had also reduced the chances of this threat afflicting other horse breeds. The Queens interest in our research had a big impact and helped to ensure its successful conclusion.”

Image: Her Majesty Queen Elizabeth II at Windsor Castle with the University of Liverpool’s Professor Donald Kelly and Professor Stuart Carter in 1999.