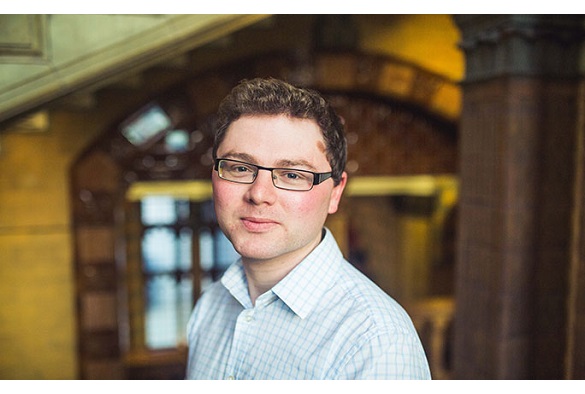 Words by the Development and Alumni Relations team.

It is with great sadness that we announce the passing of our friend and colleague, Jon Lowe, who sadly lost his three-year battle with adrenal gland cancer on 6 September 2022. Jon dealt with his illness and treatment very bravely over a number of years, yet never lost his positive outlook on the world, continuing to bring his unique, dry sense of humour to all his encounters with colleagues.

Jon was a much-loved member of the Development and Alumni Relations team, having joined the University from National Museums Liverpool in 2017. He performed a crucial role in the Operations team, wrangling daily with the many vagaries of the alumni database, Raiser’s Edge. He was renowned for his calm, considered approach to his work and it was rare that Jon, if ever, lost his temper. However, one colleague remembers that it was Raiser’s Edge that finally sent him over the edge, one day! He had time for everyone and was always on hand to support colleagues and offer advice. He was friendly, approachable and dedicated to his work, and his passing has made a deep impression on the team.

Jon was an alumnus of the University, having graduated with a BA (Hons) in Modern History & Politics in 2006. Both he and his wife Jenna, whom he met when she was at university in Lancaster, worked here at the University. Jonny, as he was known by family and friends, was a devoted husband and father. He would often talk of his son Oliver’s love of trains, particularly Thomas the Tank Engine, and humorously recount his and Olly’s various adventures and days out. He was particularly proud that Olly was starting school this September, though sadly Jon died three days before.

We miss Jon very much and send our deepest condolences to Jenna, Olly and Jon’s family and friends. In recent days it has been comforting to share our memories of Jon and smile at our remembered anecdotes of our wonderful colleague and friend.

If you’d like to offer your support, Jon’s family has set up a donations page on the Cancer Research UK website: https://fundraise.cancerresearchuk.org/page/jonathan-lowe-for-a-husband-father-son-brother-and-friend

A book of condolence has been placed in the DART office on the ground floor of the VG&M for staff to sign.