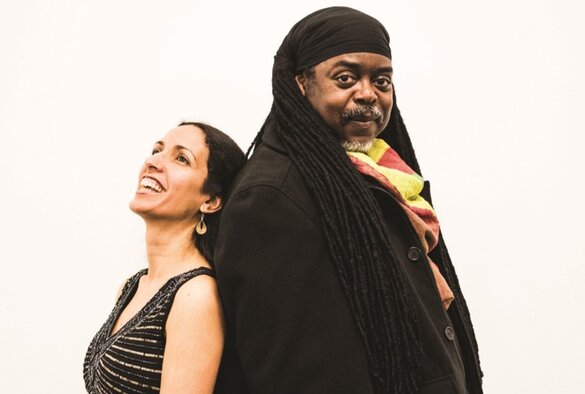 Courtney will be joined on piano by Zoe Rahman and a string quartet, as the duo pick up from where they left off with the release of their much-heralded project, Song (The Ballad Book).

In 1986 Courtney’s debut album Journey to the Urge Within became the first serious jazz album ever to make the British Top 40 (earning a Silver Disc), and the last three decades have seen him go on to achieve considerable International acclaim.

Courtney and Zoe’s performance is the first in The Tung Auditorium’s second public programme of events as the new versatile 400 seat, acoustically optimised, flexible music performance space, opens its doors to an eclectic mix of performers.

If that’s not enough, the latest instalment of the much-loved free Lunchtime Concert Series will start up again on Wednesday 28 September, with a performance from Liverpool resident and Neo-Jazz Singer-Songwriter Ni Maxine.

The Tung Auditorium’s Artistic Director, Richard Hartwell said: “It’s great that our new Autumn Season is finally here and we can welcome thousands more audience members through our doors following the success of the Spring Season.

“As well as our local partnerships with Liverpool Philharmonic, Liverpool Mozart Orchestra and Allerton Brass, it’s great to be starting work with Milap on a new series of contemporary and classical Indian music.

“I’m also really pleased that our completely free of charge Lunchtime Concert Series is starting up again on Wednesday 28 September, which will run every Wednesday throughout term time at The Tung at 1pm.

“Whether you’re a longstanding fan of the Lunchtime Concerts or if you’ve never been before, there’s something for everyone to enjoy – we look forward to welcoming you to the Yoko Ono Lennon Centre!”