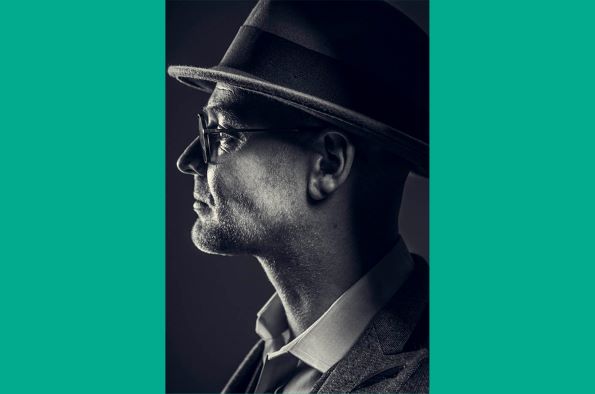 A University of Liverpool alumnus and local author, Quillem McBreen, will be making a debut appearance at the prestigious Liverpool Literary Festival this weekend, Sunday 9 October.

The former Biochemistry student, Phil Breen, works full time as Head of Service for City Watch at Liverpool City Council. This weekend he will take the form of his alter ego, Quillem McBreen to talk about his fantasy fiction novel, The Tenets of Truth which deals with themes such as oppression, manipulation and institutional gaslighting.

His thrilling debut novel, about power, corruption and equality, uses the lives of four ordinary people to consider how truth is subjective and can be used by those in power to distort the relationship of the individual to the world around them. The novel is the first in a gripping four-part Alytheian Cycle series which considers totalitarianism and a power struggle between church and state.

Quillem joins an eclectic line-up of some of the country’s finest writers at the Liverpool Literary Festival which takes place at the University of Liverpool’s Victoria Gallery and Museum this weekend (Friday 7 to Sunday 9 October).

On Sunday 9 October at 11.30am, Quillem will discuss how he fits his writing around a full-time job at Liverpool City Council and how he managed to get a book deal with no previous experience or writing background.

Quillem is incredibly proud to be making an appearance at the Liverpool Literary Festival having followed and attended as a student and as an eager fan for years.

Speaking about the Festival, Quillem said: “It’s always been a highlight of the year to come back to the University where I was a student and listen to the varied stories and talks that these incredible authors at the Festival give.

“To now be sitting in the hot seat alongside such literary luminaries is a dream come true for me – it will be a tad daunting but incredibly exciting.”

You can find out more about the Liverpool Literary Festival and book your tickets to Quillem’s discussion here: Building Worlds with Quillem McBreen Tickets, Sun 9 Oct 2022 at 11:30 | Eventbrite