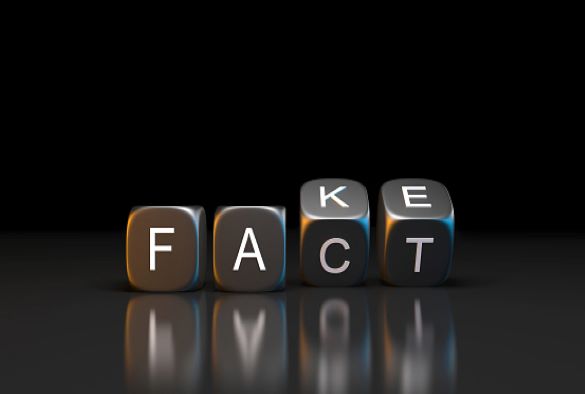 A University of Liverpool co-led project has been awarded prestigious European funding to develop a unique tool for journalists to improve fact-checking processes.

A grant of nearly 400,000 euros from the European Media Information Fund (EMIF) has been awarded to a team including the University of Liverpool’s Department of Communication and Media, the University of Dundee and Luiss Free International University of Social Studies in Rome, Italy.

Fact-checking is regularly employed by news organisations around the world to prevent misinformation being circulated and to promote transparency and trust in news sources.

However, recent studies have shown that the rise of fake news has created unprecedented challenges for fact-checkers in identifying misinformation. This, in turn has reduced public trust in the fact checking process and, more generally in the authenticity of news.

The development of a digital tool, using methods from the intelligence community, intends to combat these challenges by creating a digital mechanism for journalists to remove cognitive biases from decision making and increase impartiality.

Once developed, the tool will be made publicly available to the network of factcheckers at the European Digital Media Observatory as well as to national UK-based news media outlets, such as the BBC.

Dr Elena Musi, Senior Lecturer at the Department of Communication and Media said: “The proliferation of fact-checking to combat misinformation has rightly led to increased scrutiny on the efficacy of how fact-checking processes work in a constantly changing media environment.

“Journalists in the fast-paced modern newsroom are faced with a tsunami of information on a daily basis. We hope that the tool we develop makes it easier for journalists involved in fact-checking to sift truth from fakery, improve accuracy in news-gathering and increase public confidence in fact-checking processes.”

The first stage of the project, beginning in January 2023, will involve a qualitative analysis of journalists at work to understand the biases that may be affecting them in the fact checking process.

This initial stage of the research will conduct focus groups with journalists to analyse whether, for example, they employ confirmation bias by prioritising supporting rather than conflicting evidence while at work.

The second stage of the research will use data from the focus groups to develop a digital tool using a method developed by intelligence organisations such as the CIA, who make judgements that have a high risk of error in reasoning. This method, Analysis of Competing Hypotheses, is designed to develop structured argumentative techniques to remove cognitive bias in fact checking.

The final stage of the research, due to be completed in June 2024, will analyse the effectiveness of the digital tool in fact-checking, using both qualitative and quantitative methodologies to analyse the social media activity of five fact-checkers.

The EMIF has been set up to address the phenomenon of online disinformation in Europe and promoting a more resilient and fact-based digital information ecosystem. Find out more here: EMIF at a Glance – European Media and Information Fund (gulbenkian.pt)