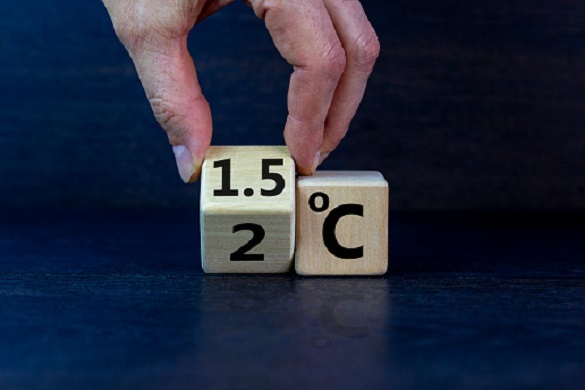 Professor Ric Williams is Chair in Ocean and Climate Science and co-lead of the University’s Climate Futures Research theme:

The clock is ticking as world leaders meet in Egypt as part of COP27 to discuss how to avoid dangerous climate. Their aim is to abide by the Paris Climate Agreement and limit the rise in global surface temperature above pre-industrial levels to well below 2oC and preferably less than 1.5oC.

The consequences of a warmer world we are increasingly aware of. Last July, we experienced a mini heat wave over the UK with new temperature records set. This heat wave was due to extreme heat over Spain and Portugal, and ultimately from northern Africa, being swept over the UK by air flows from the south.

UK Met Office studies reveal that this heat wave and others are 10 times more likely to occur with the climate change from increased carbon dioxide levels in the atmosphere. For the first time, the last report by the Intergovernmental Panel for Climate Change in 2021 stated that the warming of the climate system was leading to an increased frequency and magnitude of extreme events across the globe.

The only way to reduce the projected warming is to reduce our collective carbon dependency. As individuals, that is about how we live our lives in terms of how we use energy, how we travel, what we eat and how much we consume. While individual actions are helpful, what is crucial is how we behave collectively.

That is why the gathering of world leaders at COP27 is so important. When the Paris Climate Agreement was first announced in December 2015, the projections for the global surface temperature rise over this coming century reached 3.5oC, far exceeding the target of 2.0oC or less.

At COP26 in Glasgow in November 2021, the projected rise in global temperature had decreased from that alarming level to 2.7oC with some projections being 2.4oC or less. This reduction in the projections of future temperature rise are all based on countries promises as to their future carbon consumption. So progress has been made, but that falls short of what is needed to keep the rise in global temperature to less than 2.0oC.

Hence, it is important that world leaders are in Egypt to discuss how to reduce the carbon footprint of their countries. At the same time, it is crucial for there to be public pressure to ensure that those international promises are followed through and end up making actual reductions in carbon emissions.

Responding to the global climate crisis through our research is the focus of the University’s Climate Futures Research theme. It brings together experts in a wide range of disciplines to explore impacts of climate change, develop solutions to environmental challenges and address knowledge gaps. Find out more by visiting this webpage.