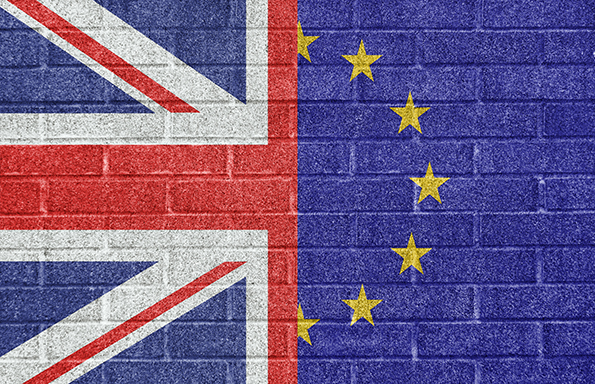 This article was written by Professor Alex Balch, in our Department of Politics and was originally published in The Conversation:

A new deal struck between the UK and France to curb the number of people crossing the Channel in small boats has been announced. It involves the UK paying £8 million more to France to increase surveillance and enforcement, mainly on the French coast.

A regulation that was dropped in the wake of Brexit allowed the UK to return some asylum seekers to other EU member states without considering their asylum claims. Post-Brexit, the UK can no longer rely on this mechanism to send asylum seekers back to other EU countries. This arrangement ended when the UK left the EU in 2020. So, is this increase a “Brexit-made policy failure”? And is the additional £8 million in funding another example of Brexit-related costs to the UK?

The new deal between the UK and France (a revised version of one settled in 2021) is an important part of the government’s public response, a response which has taken on an almost militaristic tone. The Ministry of Defence publishes weekly updates of boat crossing statistics. Home Secretary Suella Braverman described the arrival of migrants as an “invasion”, before visiting an immigration holding facility by Chinook helicopter.

The announcement continues this narrative, describing the objective of a “smart” border as “surveillance, detection and interception”, with one key aspect to increase the deployment of French officers to patrol French beaches by 40%.

The government statement describes the ambition for a “multilateral” approach, and refers to imminent discussions with other neighbouring countries. But what it fails to mention is how this situation is connected to the UK’s exit from the EU.

From January 2021, the UK was no longer party to the Common European Asylum System (CEAS), which outlines how EU member states handle asylum procedures and returns.
One aspect of this was the Dublin Regulation, which allowed the UK to return some asylum seekers to other EU member states without considering their asylum claims.

UK-France collaboration on immigration can be traced back to the 2003 Le Touquet Treaty, which introduced “juxtaposed” controls in France and Belgium. Initially, this meant embedding officials in the other countries’ passport control teams, but has since expanded to include joint patrols and intelligence-sharing.

Since Le Touquet, which is still in place, a series of further agreements (four in the last four years) have seen the UK invest in high-security fencing, lighting, CCTV and other technology to stop people crossing the Channel.

The French perspective is that the small boat crossings are a British problem, and there is some annoyance that the UK contributions thus far have not covered the cost of policing the French coastline. The new agreement comes after a period of poor relations, and a significantly increased financial settlement so soon after the previous increase suggests the UK has accepted France’s position.

But the incremental changes to immigration patrols are mainly to maintain the UK-France partnership, and on their own are unlikely to have any significant effect on boat crossings. The home secretary conceded this will not “fix” the problem, unlike her predecessor who promised 100% of small boats would be stopped.

The underlying issues date back further than the referendum or Britain’s exit from the EU. The current backlog on decisions over asylum claims has been building rapidly. While numbers claiming asylum since 2017 are up by 130%, (still much lower than in France) the backlog has quadrupled. But this has happened before: there was also a massive backlog in 2000.

However, Brexit was famously about “taking back control”. For many who voted in the referendum, this was about the power to control immigration and stop free movement. This deal provides clear and compelling evidence that the way the UK chose to leave the EU actually meant a reduction in the ability to control irregular migration, leaving only security measures which pose significant threat to life. France’s position in the bilateral relationship may have been strengthened, but neither country emerges untainted from the human tragedy unfolding in the channel.

The deal underlines one real and significant impact of Brexit on immigration governance. There was nothing to replace the Dublin agreements which allowed the UK to return people to France. This was a political choice made during the Brexit negotiations. This new deal is therefore far from comprehensive. It makes no mention of anything that could replace the previous arrangement, which required France to accept returns.

Increased crossings are inherently more dangerous and mean a need for emergency humanitarian assistance. Instead, the government has chosen to intensify a punitive, law enforcement approach. The result is more tragic loss of life, such as the death of at least 27 people on November 24 2021 attempting to cross the channel in a small dinghy. This escalation is a consequence of “successfully” closing other routes to the UK. It confirms what we have seen at Europe’s southern periphery and at the US-Mexico border: if governments reduce opportunities for people to cross borders, they will take ever more dangerous routes. A progressively securitised border – like the one outlined in the France deal – will simply accelerate this.