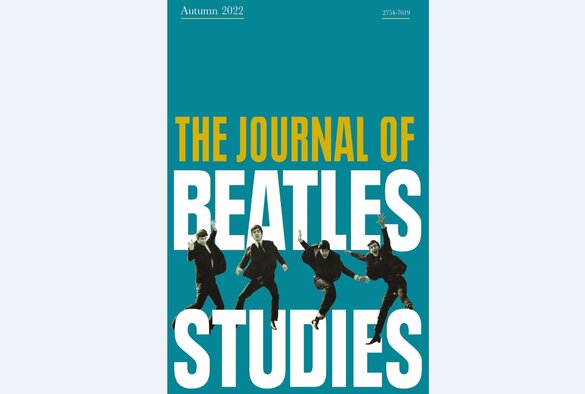 New York Times best-selling author and Harvard Professor, Cass R Sunstein will delve in to how the Beatles became a worldwide sensation in a free event at the University of Liverpool next week (Tuesday 6 December).

Liverpool University Press and the Institute of Popular Music, will host Cass in conversation with Dr Holly Tessler from the Department of Music.

They will discuss Cass’ latest article in the Journal of Beatles Studies, entitled Beatlemania: On informational cascades and spectacular success, examining the phenomenon that is Beatlemania and considering why some bands succeed and others fail.

Cass and Holly will be joined by Paul Abbott, co-host of  The Big Beatles Sort Out podcast, for a ‘desert island discs’ of Beatles solo material.

Cass is currently the Robert Walmsley University Professor at Harvard Law School. From 2009 to 2012, he was Administrator of the White House Office of Information and Regulatory Affairs in the Obama administration. He is also The New York Times best-selling author of The World According to Star Wars (2016) and Nudge (2008).

It is the first journal to establish The Beatles as an object of academic research, publishing original, rigorously researched essays and notes, as well as book and media reviews.

Speaking about the event, Dr Holly Tessler, Senior Lecturer in Music Industries at the University of Liverpool said: “I’m delighted to have the opportunity to speak with Professor Sunstein about his recent article published in the Journal of Beatles Studies.

“That such an eminent legal scholar and author has undertaken research on the Beatles underscores just how central the group remains within contemporary popular music and culture as well as how important Liverpool and the University are as a global hub for Beatles scholarship.

The event will be held on Tuesday 6 December between 4pm and 6pm, in the Rendall Building, Lecture Theatre 8, University of Liverpool, Bedford Street South, Liverpool, L69 7ZQ.

Our discussion is completely free to attend, open to all and we look forward to welcoming anyone who wants to learn more about Beatlemania.

No tickets are required, but capacity at the venue is limited, so seats will be allocated on a first come, first serve basis.

You can read the first issue of the journal of Beatles Studies online here.