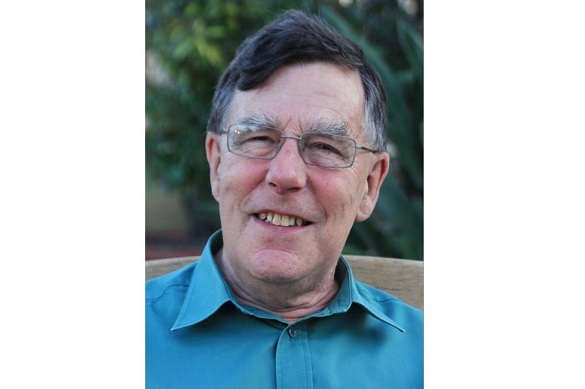 Christopher Allmand, former Head of the Department of History and a notable scholar and teacher, died peacefully on 16 November 2022.  With the exception of three years at Bangor University, he spent his whole career at the University of Liverpool, retiring as Professor of Medieval History in 1998.

Christopher was a highly gifted teacher. The courses he taught at Liverpool covered a wide range of subjects in late medieval English and European history; his lectures were always very well attended and attracted considerable numbers of students registered as specialising in ‘Modern History’. One undergraduate student, whose PhD thesis was later supervised by him, has written: ‘His sparkling lectures and self-effacing style were appreciated by generations of undergraduates, exemplified, perhaps by one who recalled the occasion when Professor Allmand strolled into the lecture theatre, gave a lecture which brought Richard III to life and then quietly strolled off again’.

The support he gave to all his students, from first-year beginners to those completing PhD theses and post-doctoral studies, was legendary. One of his earliest research students recalled the benefit he received from ‘his vast scholarship and his guidance, always provided in a very shrewd and sensitive way. Indeed, looking back, I can see that he played such an important role in my life and in shaping my career.’

Christopher published on a variety of subjects covering late-medieval English, French and European history. His earliest publications date from the 1960s and the most recent was published in June 2022 – just five months before his death. This book, entitled Aspects of War in the Late Middle Ages (Routledge, 2022) is a collection of many of his published articles which touch on the ways in which war impacted upon non-combatants. It includes English translations by him of several articles which he originally wrote and published in French (he was bilingual in English and French).

Of his many other published works, two of the most important are his magisterial biography of Henry V of England, published in 1992 in the USA by the University of California Press (Berkeley) and in England by Methuen. De re militari of Vegetius: the reception, transmission and legacy of a Roman text in the Middle Ages, published by Cambridge University Press in 2011, was the product of a huge survey across libraries and archives in Europe, undertaken by him (usually in the company of his beloved wife, Bernadette) after his retirement from the History Department.

His family was all-important to him. His last book was not the only one dedicated to his ‘beloved wife and life-long companion, Bernadette’ and he was immensely proud of his four daughters Catherine, Sarah, Celia and Alison, of his sons-in-law and of his grandchildren and, more recently, of the first great-grandchild. And his much older brother Michael was also of considerable significance.  Michael was born in 1923 and died as a Captain in the 6th Gurkha Rifles, aged 20. For his bravery and leadership in battle, he was posthumously awarded the Victoria Cross. In 1991, Christopher and his sister presented this VC to his regiment at a ceremony in Hong Kong. It is now held at the Gurkha Museum at Winchester.

Christopher was a devout Catholic: his faith governed everything he did and was and he was actively involved in Bishop Eton church, Woolton for more than fifty years. He died on the feast day of the scholar St. Edmund of Abingdon: this coincidence is appreciated by his friends and colleagues.