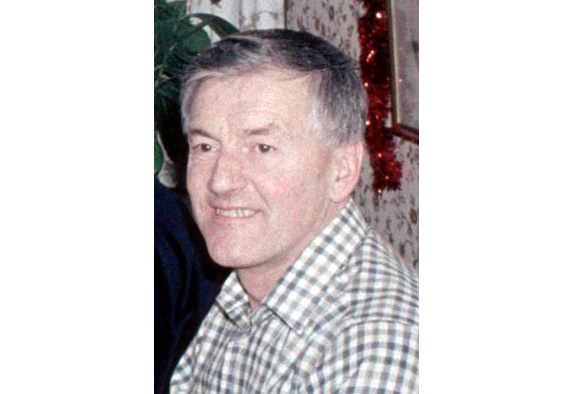 In early January the University lost one of its sporting leaders from the late 20th Century. Colin Jones passed away on January 2nd. Colin was a former lecturer within the Physical Education department (becoming Human Movement Science from 1987 to 2000). He worked at Liverpool for twenty years from the early 1970s to the early 1990s and was a coach for the successful student football teams of that time.

Colin was born in Holywell, North Wales in 1937 and attended Holywell Grammar School. Growing up in the 1950s Colin was drawn like many other football fans to the Manchester United teams of Sir Matt Busby. His love of football was already ingrained. He opted to go to Cardiff University where he studied Maths and Chemistry although playing football was very much on his agenda. Choosing University put paid to his ambitions to become a footballer.

He qualified as a Teacher and worked at various schools in the 1960s. His travels took him down south, to Manchester and then St Peter’s College in Saltley Birmingham. Colin and his wife Rita had two daughters; Helen and Karen, who were both born during this period.

Teaching gave way eventually to lecturing and Colin joined the PE department at the University of Liverpool in the early 1970s. The Head of Department at that time was Ian Ward. The move also allowed him to return to Holywell where he lived for the rest of his life.

In those days PE teacher training courses in particular were a very successful recruitment vehicle for the football club which Colin quickly became involved with. Four national Universities Athletic Union (UAU) titles for the club between 1978 and 1982 and a number of foreign tours were reward for a strong football offer in which Colin played a key role.

Colin quickly became involved as coach and manager with the UAU football squads in the mid-1970s. During this period he also became an FA Staff Coach; the highest FA designation of that time. He regularly staffed Football Association (FA) national coaching courses and undertook short foreign assignments on behalf of the FA.

Colin became the UAU representative on the FA council in the late 1970s up until 1995 when UAU merged with another student body. He succeeded his former Director of Sport at Cardiff, Barney Mulrenan. His long service to the FA resulted in him becoming an Honorary Member before joining the Fellowship of Council. He retained a connection with the FA to his dying day. The FA itself issued its own statement on hearing of his passing.

On a personal level I came across Colin in 1983 as a student at Warwick when I was selected for the national UAU teams. I played for four years under Colin and his fellow coaches. A truly memorable experience. Colin was not afraid to offer strong tactical advice which certainly worked for me. In October 1987 on behalf of the PE department, Colin interviewed me when I was applying for the Sports Administrator role within the Guild. It was certainly uplifting to see him walk into the interview room.

He was always a friend to student sport and offered a lot of advice to me in my early days at Liverpool helping me also to take on the coach/manager role to the football club in the late 1980s /early 1990s.

Colin retired in the early 1990s in his mid-50s. He retained a strong role and relationship with football and the FA.  His time at Liverpool saw him develop a supporting fondness for Liverpool FC to give him the unusual mix of looking out for the results of both Liverpool and Man United!

Colin was a family man steeped in football. He was also steeped in student sport. I feel lucky to have had him as my coach and for the help and advice he offered here at Liverpool.

One of Colin’s colleagues at Liverpool was Pete Sampara. Pete remembers Colin fondly:

“On a personal and professional front, my dealings with Colin were always very pleasant. I always found him to be very understanding and accommodating. I enjoyed Colin’s company, and we’d often have small-talk conversations about the Snowdonia Activity Base, football and everyday things, like moaning about the university! I found him to have a very positive outlook and mindset about life in general. My abiding memories of Colin were that he always gave you his time with a smile”.

His funeral will take place on Thursday February 2nd. There will be a short committal service at Colwyn Bay crematorium at 12.30pm followed by a celebration of life service at 1.30pm at St James Church in Holywell and then the family will welcome all at the Stamford Gate Hotel.