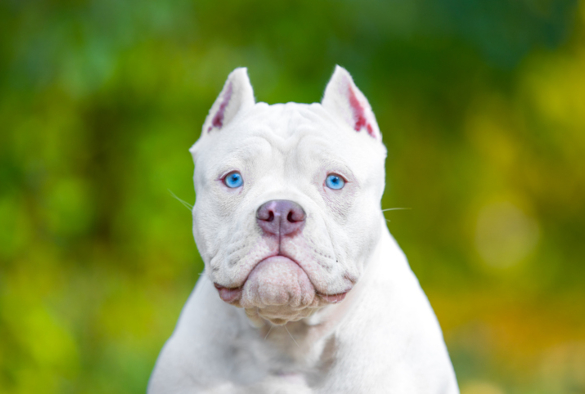 A study by the University of Liverpool’s Small Animal Veterinary Surveillance Network (SAVSNET) provides new insights into the breeds, ages and geographical origins of ear-cropped dogs in the UK.

Published in the Veterinary Record, the findings could help inform strategies to tackle a worrying increase in dogs that have endured this painful and unnecessary procedure.

Ear cropping was made illegal in the UK in 2006. However, a lack of import regulations combined with the influence of celebrity dog-owners and social media, are thought to have helped fuel this alarming trend.

Using electronic health data from SAVSNET’s network of more than 500 UK veterinary practices, researchers identified a total of 132 dogs that had cropped ears between 2015 and 2022, with rates peaking in 2021.

In 84% of cases there was evidence of importation, most commonly from countries where cropping is also illegal including Romania, Hungary, Bulgaria, Serbia, Spain, Poland and Ireland. A minority of dogs appeared to be cropped illegally in the UK.

The researchers also identified a strong statistical association with a dog’s breed, with guarding breeds such as the American Bulldog, Dobermann, Italian Mastiff (Cane Corso), Bulldog and Mastiff all significantly over-represented.

Affected dogs were mostly aged one or younger and were significantly less likely to have been neutered than the control sample.

Lucy Norris, a 5th year veterinary student at the University of Liverpool who carried out the project work, said: “I was acutely aware of campaigns by the RSPCA and others raising awareness of the rise in reported cases of ear cropping. This new SAVSNET study provides important new insights into the demographics of affected dogs that could help inform both policy and targeted education to tackle this growing problem.”

Paula Boyden, Veterinary Director at Dogs Trust, says: “Through Dogs Trust’s Canine Welfare Grants programme we are pleased to be able to support important research into areas of dog welfare. The latest SAVSNET research provides essential information on breeds, ages and origins of dogs with cropped ears in the UK which will be extremely useful in helping to target education to the public about the cruelty and impact of this practice.

“Despite ear cropping being illegal in both the UK and the EU, we are seeing increasing numbers of dogs who have been subjected to the unnecessary procedure both in the media and through our rehoming centres. There is no medical reason to crop a dog’s ears. The process can be extremely painful, result in complications and can cause long term issues such as inhibiting a dog’s ability to communicate. Education is key to stopping this abhorrent practice.”