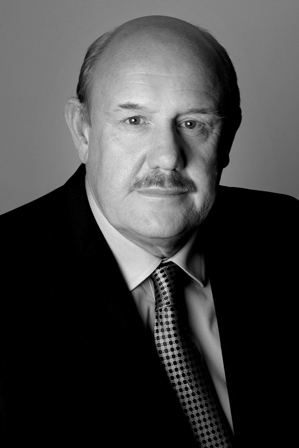 The first lecture in a new series addressing the burning issues of today will take place on Thursday.

Professor Brian Barwick, the former Chief Executive of the Football Association, will talk about the issues that are shaping the economies and business environments of the future.

He worked for the BBC’s Sports Department from 1978 to 1995 where his roles included Editor of Match of the Day, the FIFA World Cups and the Olympic Games. In 1998 he joined ITV as Controller of Sport where highlights included the channel’s award-winning coverage of the Rugby World Cup in 2003 and the recruitment of on-screen talent including Desmond Lynam and Gabby Logan.

Professor Barwick began his role as Chief Executive of The Football Association in 2005 and during his four-year term of office oversaw the opening of the new Wembley Stadium and a significant upturn in broadcast and commercial deals. He was involved in the early stages of the 2018 World Cup bid and led on the appointment of Fabio Capello as Coach of the England team.

The lecture ‘The Power of Leadership’ is on Thursday 29 September at 5.30pm in the Sherrington Building is the first in the Burning Issues season.

The second speaker in the series is Brendan Barber, General Secretary of the TUC, whose lecture ‘In Place of Austerity’ is on Wednesday 26 October. Other speakers in the series include John Cridland, Director General, CBI, Lord John Birt, former Director General of the BBC and Will Hutton, Executive Vice-Chair, The Work Foundation.

The Burning Issues lecture series is sponsored by Weightmans and Trinity Mirror.