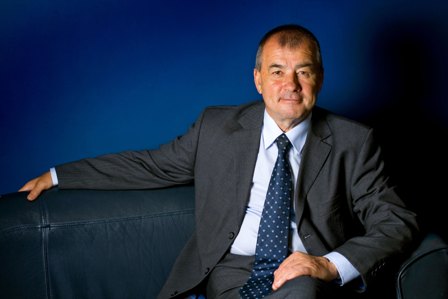 Brendan Barber, General Secretary of the Trades Union Congress (TUC) will give the second lecture in the Burning Issues Lecture Series.

In his lecture, ‘In Place of Austerity’, he will talk about the issues that are shaping the economies and business environments of the future.

Brendan was born in Southport and attended St Mary’s College in Crosby. After a gap year teaching with VSO in Ghana, he took a degree in social sciences at City University London, where he became President of the Student Union.

After working for an industrial training board for a year he joined the TUC in 1975, becoming Head of the Press Department in 1979 and the Industrial Relations Department in 1987 before being appointed Deputy General Secretary in 1993. The TUC represents 55 unions with a total membership of around 6.2 million working in all sectors of the economy.

He was elected General Secretary in 2003 and has served on a number of public bodies, including the ACAS Council. He is currently a Non-Executive Director of the Court of the Bank of England.

The lecture is on Wednesday 26 October at 5.30pm in the Leggate Theatre, Victoria Gallery & Museum. Tickets are free but booking is essential via the website or telephone 0151 794 2650.

The Burning Issues Lecture Series is sponsored by Weightmans and the Liverpool Daily Post.