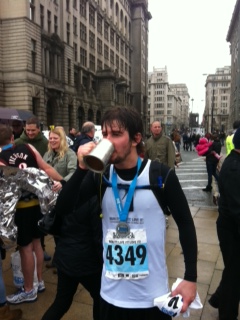 Dan has a well deserved beer

Thousands of runners took to the streets of Merseyside to take part in the Liverpool Marathon, the first for 20 years.

A number of University staff were among the participants, including Dr Dan Wellburn from the School of Engineering who was taking part in his first ever marathon.

He completed the course in four hours 13 minutes and smashed his fundraising target by raising more than £840 for the Anthony Walker Foundation.

He said: “The support shown by the spectators who turned out to cheer on the runners meant a lot to me doing my first ever marathon in the city I’ve called home for more than a decade; they made the atmosphere great.”

Also taking part for the first time was Katie Palmer, Digital Communications Support Officer in Corporate Communications, who was running on behalf of the Wirral Holistic Care Centre which supports cancer patients and their carers.

Katie finished in four hours and 57 minutes. She said: “I was unsure if I would be able to take part due to an injury to my feet whilst training, but I didn’t want to let my charity or my friends and family down who were all out to support me.”

Another inaugural runner was Carol Mills, Director of Human Resources, who ran with her partner Steve in four hours 22 minutes.

They ran for Marie Curie Cancer Care and raised an amazing £2,105. Carol said: “I would recommend running a marathon to anyone, the pain fades but the euphoria lasts forever.” 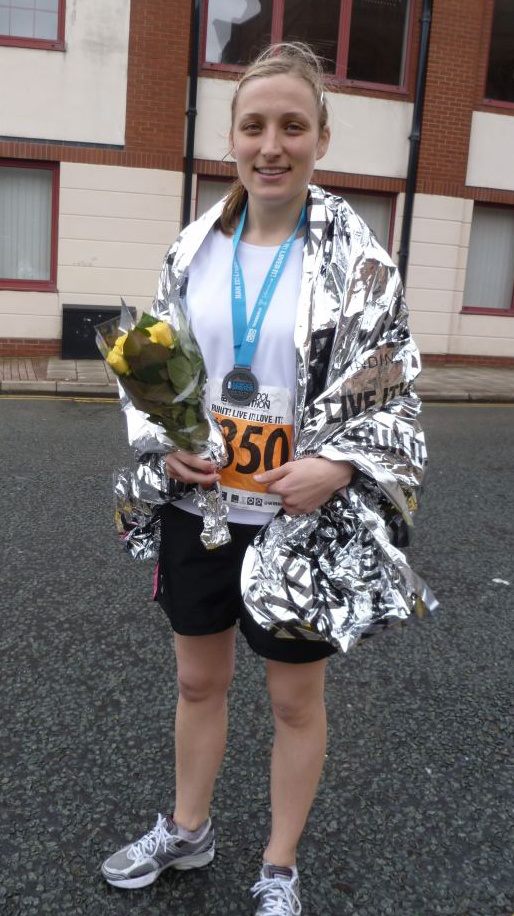 Katie after crossing the finishing line 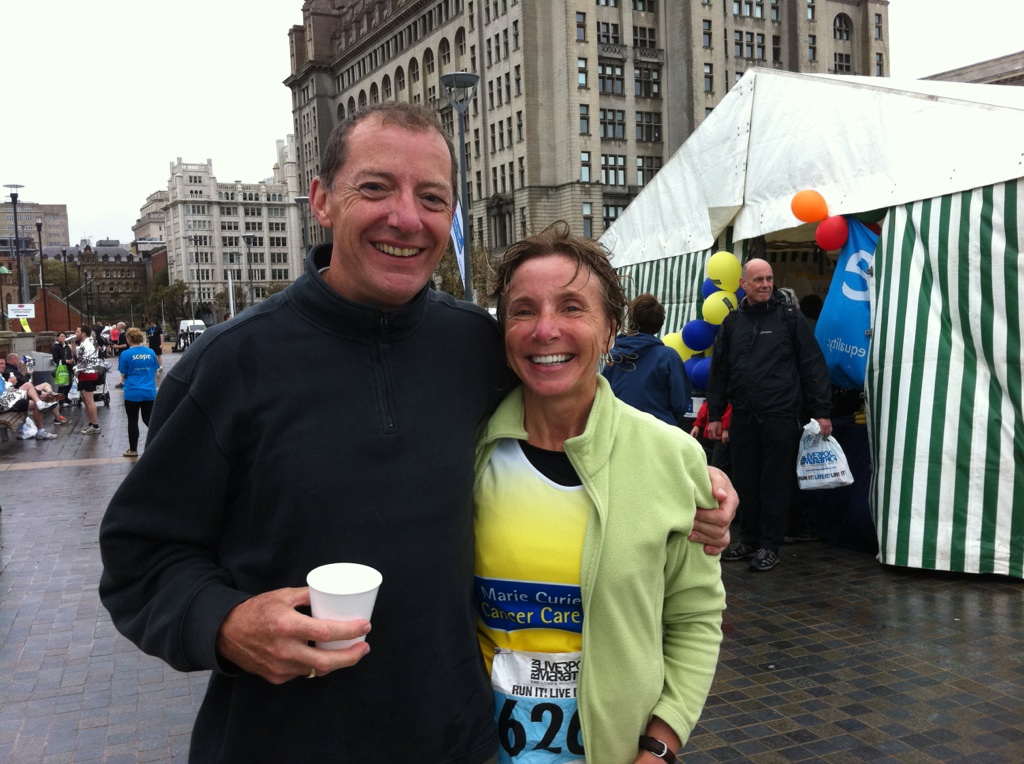 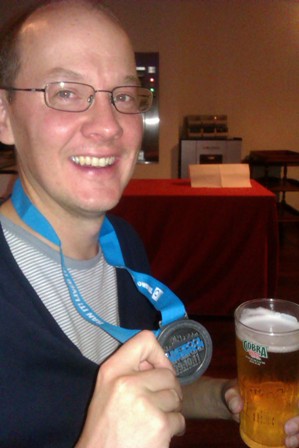 Matt enjoying a beer and a curry after the race