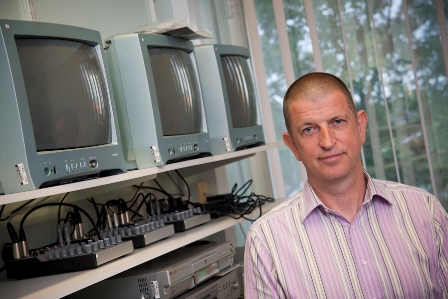 Research by the University of Liverpool has found that public disorder at football matches can be reduced when police adopt a policy of dialogue and facilitation rather than deterrence and force.

A paper published by the British Journal of Criminology is based upon a three year observational study of the behaviour of fans of Cardiff City Football Club, who have a history of involvement in hooliganism.

Dr Clifford Stott, from the Institute of Psychology, Health and Society who led the research, is one of the UK’s leading academic experts on the psychology and policing of football crowds and public order. He said: “Our research explored issues of police legitimacy, internal crowd dynamics and social identity and how these function to reduce violent incidents at football matches. We found that policing legitimacy was critically important in determining whether violence occurred or not. Police legitimacy was increased through dialogue and engagement but undermined when police use disproportionate levels of force”

“Whilst further research of other football fans is needed this study has important implications for the future because of the need to reduce the cost of policing. We spend millions every year policing football and our research offers a model for how significant cost reduction can be achieved.”

The new approach coincided with a steep decline in levels of disorder over the next few seasons. Arrests and policing costs fell by 50% and within a few years Cardiff City’s home ground was free of serious incidents of hooliganism. The study also found that there were similar reductions of disorder at away games when the host police force adopted a dialogue and facilitation approach.

The Cardiff approach is analysed from the perspective of two leading theories of crime reduction, the `Elaborated Social Identity Model’ (ESIM) and `Procedural Justice Theory (PSJ), neither of which had previously been applied in the context of domestic football. The ESIM asserts that violence escalates if fans think they have been treated unfairly by the police, which in turn can trigger an upward spiral of conflict that can result in a `riot’.

PSJ proposes that people comply with the law when they perceive that the authorities act with justice and legitimacy. The paper finds support for both these perspectives and concludes that when the police concentrate on acting with legitimacy, disorder is less likely to happen because people, on the whole, trust and support the police, and when this happens they tend to regulate their own behaviour accordingly.