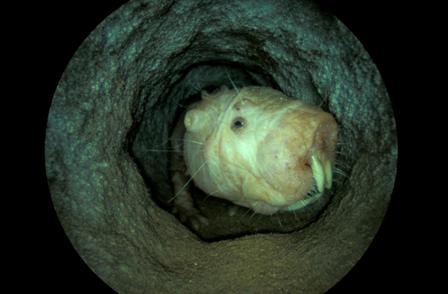 Scientists at the University of Liverpool have identified high levels of a number of genes in the naked mole-rat that may suggest why they live longer than other rodents and demonstrate resistance to age-related diseases.

The Liverpool team has recently generated the first whole-genome sequencing data of the naked mole-rat – a rodent that lives for more than 30 years and is resistant to cancer – to understand its longevity and resistance to disease. Scientists, in collaboration with Harvard University, have now compared the levels of its genes with genes in wild mice to investigate what makes naked mole-rats different to other rodents.

They found that genes associated with mitochondria, that provide energy to cells, and genes that affect respiration and the decisions cells make, are expressed at unusually high levels in the naked mole-rat compared to the same genes in wild mice. In animals and humans these genes are thought to play a role in influencing and adapting to cell damage, which is thought to be one of the significant causes of ageing.

Naked mole-rats, however, also have increased levels of oxidative stress, which is an imbalance in reactive molecules containing oxygen. This can lead to mutations in the cells and the growth of cancerous tumours. To date, cancer has not been detected in the naked mole-rat, but these new findings suggest that the rodent has mechanisms of regulating gene responses to limit the potential negative impact of oxidative stress on cells. The research will help scientists focus on particular areas of the genome to further understanding into how the body ages.

Dr Joao Pedro Magalhaes, from the University’s Institute of Integrative Biology, said: “The naked mole-rat is native to the deserts of East Africa and has unique physical traits that allow it to survive in harsh environments for many years. It has a lack of pain sensation in its skin and has a low metabolic rate that allows it to live underground with limited oxygen supply.

“It has been of interest to scientists for some time and we hope that by studying its genome it will help us understand the mechanisms of ageing and how the body protects itself from disease.

“These findings add further evidence to research that suggests genes responsible for mitochondria and oxireduction are associated with the ageing processes. It also provides some clues as to how naked mole-rats protect themselves against high levels of oxidative stress. The high levels of genes connected to energy production and cell decision-making systems may help in creating an intracellular environment that prevents cancer and other age-related diseases.

“This work provides candidate genes for specifying resistance to ageing and cancer that we can build on in future studies. The next stage of the research will be to observe what happens to the cells if gene levels change from high to low and vice-versa.”

The research is published in the journal, PLoS ONE.

Other institutions involved in the research include: Leibniz Institute for Age Research; Queen Mary, University of London; University of Texas Science Center at San Antonio; and King’s College London. 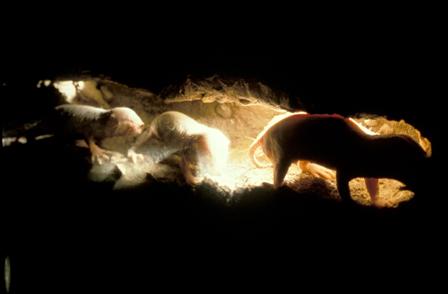