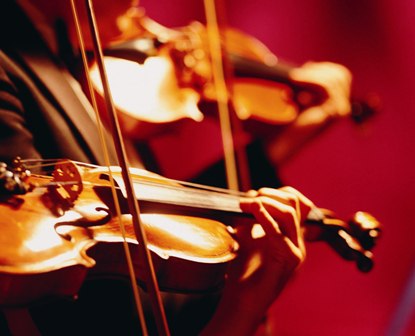 At a Society of Neuroscience meeting in Washington this month, neurologists at the Charite University Hospital in Berlin, presented new research on how amnesiacs can lose all memory of their life, and yet remember music.

Scientists discussed the case of British conductor and musician Clive Wearing, who contracted a brain infection, called herpes encephalitis, which left him with a memory span of only 10 seconds.

Despite not being able to recognise people he knew or remember things that had happened moments earlier, his musical ability was still intact. Mr Wearing is still able to read music, play the piano, and conduct his former choir.

Scientists at the Society meeting believe that cases, such as Mr Wearing’s, suggest that musical memory is stored independently from the medial temporal lobe, an area of the brain that is thought to be responsible for the human ability to recall facts and how, when, and where things have happened.

A team, led by Professor Tom Solomon at the University of Liverpool’s Institute of Infection and Global Health, has studied encephalitis infection for more than 10 years, mainly focusing on outbreaks in Asia. In the past two years, however, attention has turned to the UK where Liverpool scientists have been awarded £2 million to investigate viruses, such as herpes, and develop national health guidelines for the diagnosis and management of encephalitis.

Professor Solomon said: “In most people herpes causes cold sores, but in some it can cause brain infections. Patients with encephalitis can be difficult to identify, because to begin with the virus just causes subtle changes, such as mild behavioural problems. Some cases can result in memory loss and patients can rapidly deteriorate, and may even die, if doctors do not recognise the condition early enough.”

Researchers presenting findings in Washington have suggested that if musical memory is unaffected by infections that cause severe amnesia, then it could be possible to use music as a therapy to benefit or maintain brain health, alongside traditional medicines.

Work at Liverpool’s School of Music is also looking at the medical and psychological benefits of music. Professor Michael Spitzer is investigating the psychology of musical emotion in collaboration with Dr Eduardo Coutinho, a research fellow at Liverpool who works at the Swiss Centre for Affective Sciences in Geneva, where he explores how music can be used in the study of brain science.

The team are working to understand how musical emotion could hold the key to the complex cognitive dimensions of classical music. Study includes how classical music has the capacity to communicate thought and emotion more directly and holistically than language.

Professor Spitzer said: “We know that music is connected with every region of the brain, and because the activities of listening and performing recruit the same brain mechanisms associated with episodic memory and a sense of self, perhaps music takes over these functions when memory is destroyed. This could be why Mr Wearing, and other brain infection patients like him, are only able to remember things about their lives when they are playing a musical instrument.”

For more information on brain infection work at Liverpool visit:

To read more about the Society of Neuroscience meeting in Washington download the presentation, ‘Cellist with Severe Amnesia Retains Memory for Music’ by Dr Carsten Finke from: http://www.sfn.org/AM2011/