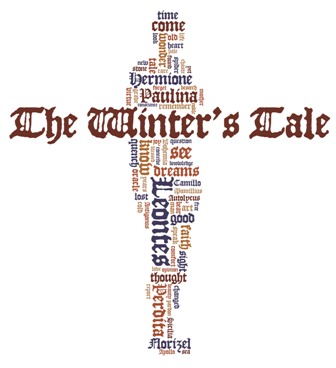 The School of English and the Everyman and Playhouse Theatres have been working with local schools to find out their responses through drama, music and writing to the themes and ideas which run through Shakespeare’s The Winter’s Tale.

The schools – which include Belvedere Academy in Toxteth, Calday Grammar in West Kirby, St Julies in Woolton and Huyton Arts & Sports Centre for Learning – will be performing their responses, which include their own written and artistic interpretations, on Friday 25 November at the Liverpool Playhouse as part of the Winter’s Tale Festival.

Dr Nandini Das, from the School of English, said: “The Winter’s Tale Festival is both a celebration and examination of the role that literature from the past can play in the present world. The Winter’s Tale itself is a play that constantly asks about the relevance that ‘old tales’ can have to ‘real’ lives, here and now. It will be fascinating to see how the students have responded and reacted to the play.”

Emma Smith, Education Manager at the Everyman and Playhouse, said: “We are delighted to work with the University and local schools as part of the festival. We asked four local schools to respond to The Winter’s Tale through drama, art, word or a mixture of all three and these will be showcased at the Playhouse on Friday, 25 November and will include live performances, as well as visual and written responses displayed throughout the theatre. All of the schools involved are on our Unique Partnership programme for academic year 2011/2012 and we hope this experience will be both memorable and beneficial for all students taking part”

The University’s School of English organised The Winter’s Tale Festival to celebrate the 400th anniversary of the first performance of Shakespeare’s, The Winter’s Tale. The first existing record of a performance of The Winter’s Tale is in the journal of the Elizabethan astrologer and physician, Simon Forman, who noted on 11 May 1611 that he had seen The Winter’s Tale at the Globe playhouse. These public performances were followed by the play’s appearance at the royal court of King James I: it was performed in front of the king on 5 November 1611, and at Whitehall during the wedding celebrations of the king’s daughter, Princess Elizabeth, to Frederick V, the Elector Palatine, on 14 February 1613.

The performances are on Friday 25 November at 1.30pm and 4.30pm at the Liverpool Playhouse. Each performance will last for approximately 90 minutes.