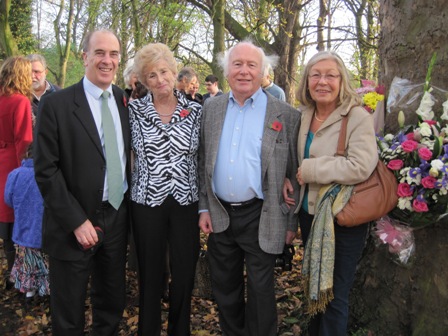 Dr Nick Beeching, Ann, Mike and Chris Tierney at the site of the accident

Staff from the University, family and friends gathered in Sefton Park in November to mark the 15th anniversary of the death of Caroline Elliott, who was tragically killed by a car while jogging with fellow medical student Sarah Edenbrow in 1996.

More than 30 people attended the gathering, including members of the Elliott and Edenbrow families, and representatives from the University, including Chris Tierney from the School of Medicine, Rev Dr David Taylor, Deputy Director of Medical Studies and Dr Nick Beeching, Chair of the Electives Committee.

Caroline’s parents, Mike and Ann, have visited Liverpool every year since the tragedy and are comforted by continued support from her friends and fellow students and members of the public in Liverpool.

On the 10th anniversary, Sarah arranged for a memorial bench to be placed in Sefton Park near the site of the accident, and benches were also placed in her memory in the Bicket Garden at Cedar House.

Caroline had greatly enjoyed her medical ‘elective’ studies overseas in Durban, South Africa and her parents have generously provided funds for annual prizes for the three best reports by students having returned from their electives in the summer. 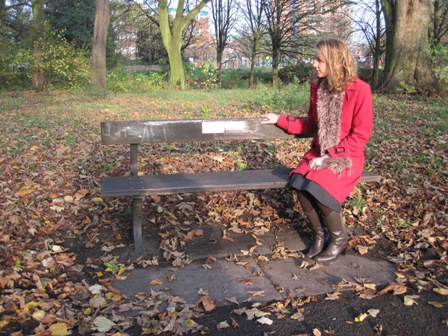