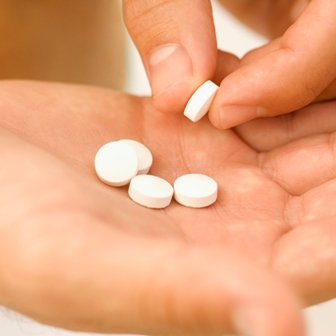 Scientists at the University of Liverpool and the Liverpool School of Tropical Medicine have begun work on a £1 million project to design a new drug for the treatment of tuberculosis (TB).

TB is a bacterial infection that affects approximately two billion people worldwide every year. It is mainly an infection of the lungs, but can spread to other parts of the body, including the bones and nervous system, and can prove fatal if not treated in its early stages.

The Liverpool team, which includes biochemists, pharmacologists and medicinal chemists, are working in collaboration with GlaxoSmithKline to target Mycobacterium tuberculosis (Mtb), the bacterium that causes TB. They will specifically look at compounds that could inhibit essential components of the respiration system of the bacteria so that drugs can kill both active and latent types of the infection.

Current treatments are effective against bacteria that the body’s immune system cannot kill or contain by itself, known as active TB. Treatments, however, are unable to eradicate types of the bacteria that are slow growing, called latent TB. This means that the body can build a defensive barrier around the infection but cannot kill it completely. Treatment regimes for latent TB often take place over a long period of time, giving the bacteria the opportunity to build resistance to the drug.

Professor Paul O’Neil, from the University’s Department of Chemistry, explains: “TB kills 1.4 million people every year, which is approximately one person every 25 seconds. We have come a long way with the development of treatments for this infection, but we still face problems of drug resistance from bacteria that have to be treated over a long period of time.

“Our work will look at enzymes that can stop the respiratory system of the bacteria from working, which will ultimately be developed into a drug that can be administered over a shorter treatment period, eliminating even the most persistent infection.”

Dr Giancarlo Biagini, from the Liverpool School of Tropical Medicine, said: “The tuberculosis infection is spread through inhaling droplets of saliva from the coughs or sneezes of an infected person. The infection is now a global pandemic and so we must be able to produce new drugs that translate to improved treatment outcomes. The drug candidates that we identify in this stage of the project will be put forward for pre-clinical development.”