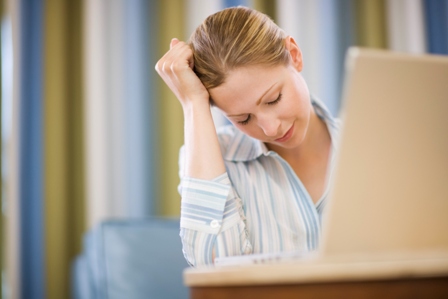 Scientists at the University of Liverpool are the first to use a new laboratory technique that could reveal the causes of Chronic Fatigue Syndrome (CFS).

CFS is a severely debilitating illness, characterised by prolonged fatigue that can be triggered by minimal activity. Fatigue is accompanied by symptoms that may include painful muscles and joints, disordered sleep patterns, gastric problems and cognitive impairment.

The causes of the condition are unknown, but some studies have suggested that a defect in the energy producing components of muscle cells, called mitochondria, could be responsible. Other studies, however, have not been able to demonstrate this defect. It is thought that limitations in the methods used to determine mitochondrial function in human muscle fibres could be the reason why the causes of CFS have been difficult to explore.

Scientists at Liverpool are the first to implement a newly developed technique that is more sensitive to identifying mitochondrial function within the muscle’s fibres. Researchers anticipate that these new methods will demonstrate whether skeletal muscle mitochondria in patients with CFS are dysfunctional, which would result in muscle fatigue and further complications leading to chronic inflammation and pain.

Professor Anne McArdle, from the University’s Institute of Ageing and Chronic Disease, said: “The mechanisms that lead to debilitating muscle fatigue and pain in CFS patients are unknown. The time required for diagnosis further complicates the identification of the factors responsible for triggering the illness. Reversal of the severe fatigue that follows remains the most promising form of treatment.

“Scientists have hypothesised that mitochondria malfunction, significantly reducing the energy supply to the muscle cells that allow the body to carry out its daily activities. The pain and inflammation that follows can cause further mitochondrial abnormalities and so the vicious cycle of events continue.

“At Liverpool we have established newly developed techniques in the laboratory that can identify dysfunction as it occurs in the muscle cells. It is at this point we can look at interventions to reverse or halt further damage.”

The study, in collaboration with researchers at the University of Leeds, is funded by the Medical Research Council (MRC).

2 thoughts on “Study to reveal causes of chronic fatigue syndrome”