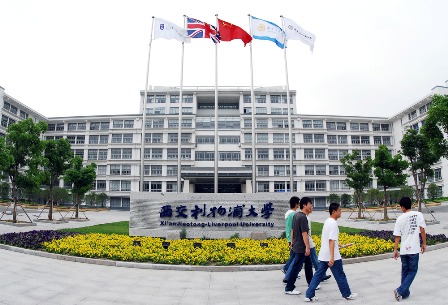 Xi’an Jiaotong-Liverpool University (XJTLU) – the University of Liverpool’s partnership with Xi’an Jiaotong University in Suzhou, China – has been given the title of ‘Most Influential Sino-Foreign Higher Education Institution in China’ at the ‘Fourth China Education Annual Gala’.

Held in Beijing, the gala was organised by news website Sina.com, in conjunction with 40 other media outlets. The theme of the gala was Education changes for you.

Professor Youmin Xi, Executive President of XJTLU and Pro-Vice-Chancellor of the University of Liverpool, said: “In the past year, XJTLU has received wide recognition and support for its unique educational model and winning the title of ‘Most Influential Sino-Foreign University in China’ symbolises the quickly growing popularity and reputation of the institution.”

Established in 2006, XJTLU now has 5,700 students registered on 21 different programmes. Based on the unique international model for higher education, students could select to study four years in XJTLU or two years in XJTLU and two years at the University of Liverpool to receive both a Chinese and UK degree. Currently, there are approximately 1,000 XJTLU students are studying in Liverpool.