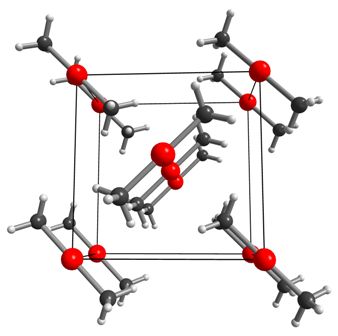 Chemists at the University have uncovered the solid state structures of dimethylzinc and diethylzinc, two compounds that played a fundamental role in the development of modern chemistry.

Both compounds spontaneously ignite in air and such high reactivity has made it difficult for scientists to study their crystal structures. The team at Liverpool – in collaboration with SAFC Hitech, a developer of advanced new materials – used a combination of experimental and computational methods to determine the compounds’ structures.

The synthesis of dimethylzinc and diethylzinc by Edward Frankland in the 1850s was a key moment in the history of chemistry. It marked the birth of organometallic chemistry, a major branch of modern chemistry that deals with compounds containing direct bonds between metal and carbon atoms. Such compounds are of huge significance in areas such as catalysis, pharmaceuticals, polymers, electronics and nanomaterials.

Dimethylzinc and diethylzinc are important members of this class because of their unique properties. Although they contain metal atoms, they are volatile liquids at room temperature and also extremely reactive. This has led to a wide range of applications in chemical and materials synthesis for example for the production of thin film semiconductors, which are fundamental components of LED displays, domestic and automobile lighting, CD lasers, back-lit televisions and traffic lights.

Structural chemist Alexander Steiner explained: “Both compounds contain discrete molecules, which interact very weakly with each other. We also found that dimethylzinc is ordered at lower temperatures but disordered at higher temperatures. The work has significant implications for structural chemistry and material science as it helps to describe the interplay of intermolecular interactions in such weakly bonded crystals.”

The research is published in Angewandte Chemie. 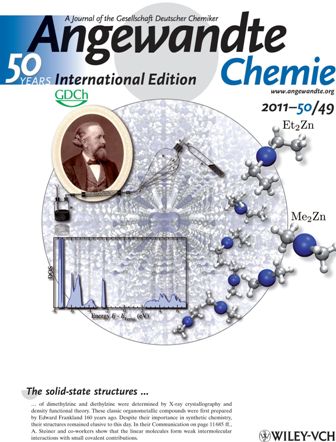