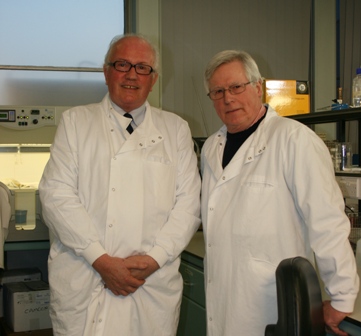 John Craven from the BBC’s Countryfile programme visited the University’s Leahurst Campus to talk to Professor Tom Humphrey about Campylobacter.

Campylobacter is the major cause of foodborne illness in the UK, causing sickness in over 700,000 people each year. Around 15, 000 people are admitted to hospital for treatment and around 80 people die every year in the UK.

It is found mainly in poultry but also in red meat, unpasteurised milk and untreated water. Although it does not normally grow in or on food, it can transfer easily. Illness can arise from only a few bacteria in undercooked chicken, or in ready-to-eat foods that have been cross-contaminated from raw chicken.

Professor Tom Humphrey from the Institute of Global Health and Infection said: “Campylobacter is now the commonest cause of bacterial food poisoning in Britain and John and the Countryfile team came to find out where it comes from, how you can get it and how research at the University is helping to better understand this complex organism and ultimately reduce the public health burden of this preventable illness”.

The report was broadcast on Sunday, 26 February on BBC1 at 7pm . 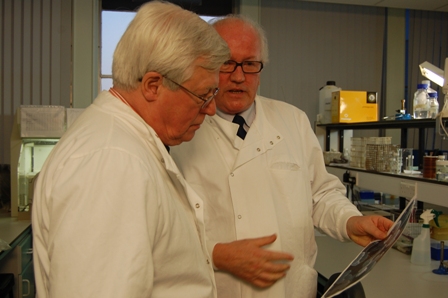