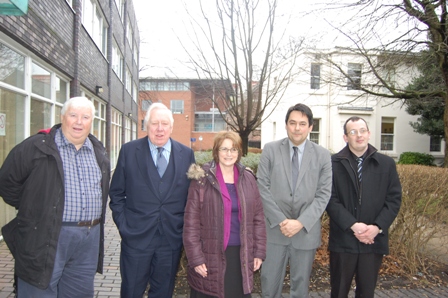 Dr Hickson, who recently wrote an article ‘In Praise of Social Democracy’ with Roy Hattersley, said: “It was a pleasure to attract such a distinguished panel to Liverpool for an afternoon of stimulating and forward-thinking debate.”

The article, published in The Political Quarterly, argues that the best – if not the only – way for the Labour Party to win the next General Election is to be overtly ideological and that orthodox social democracy is highly relevant in current political and economic circumstances. It has already attracted interest from politicians and commentators, including David Miliband, who responded to it in the New Statesman.