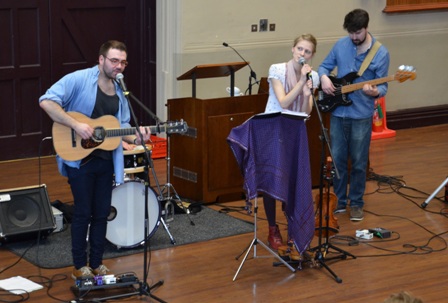 Greta, who graduated in 2010 with a first class honours degree in Music, attended the star studded event after appearing as a guest vocalist on Deadmau5 track, Raise Your Weapon.

Originally from the Faroe Islands, Greta said: “It was just amazing and I saw a lot of great musicians. It’s easy to think they’re just celebrities with not much talent, but actually going there and seeing people performing, you think ‘wow’.”

She was joined at the Leggate Theatre by guitarist, Mike Halls – aka Clean Cut Kid – bassist, Jake Foord and drummer, Oliver Hardaker for a performance of new songs created for an album set to be released under the Clean Cut Kid moniker.

He said: “It’s just an extreme privilege to be connected to people like Greta, and to contribute to their growth and development. Greta didn’t sing until she came to Liverpool. She came as a classical and folk violinist and picked up more and more of the folk fiddle during her time here. Because of the way the department is, we are very flexible and open to cross pollination between classical and pop, and she ended up doing a lot of different stuff. She has a very interesting voice with lots of timbres and she got noticed. An agent called her up to do something with Deadmau5 and next she knew, the track she recorded was nominated and she was off to the Grammys.”

Greta returned to the University to complete a Masters in Philosophy in 2011, and performed with Liverpool band Picture Book until recently.

She is now concentrating on her link up with Clean Cut Kid, and an album is currently in production.

Greta added: “It’s great to be back. I’ve been in the studio a lot so it’s not difficult to come back. I just want to get busy doing lots of things now.”

Wednesday 29 February – free Lunchtime Concert featuring Sonnatas a Tre and the Hope Street Singers, at 1pm in the Leggate Theatre in the Victoria Gallery & Museum. 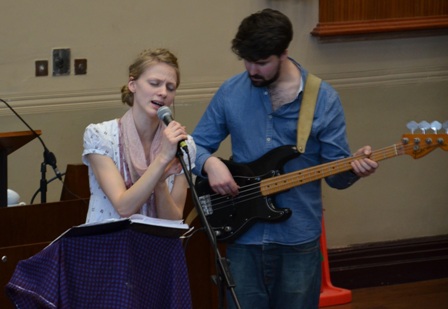