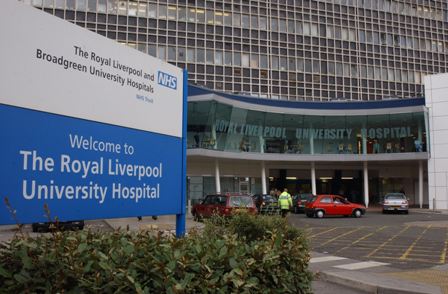 The Royal Liverpool and Broadgreen University Hospitals NHS Trust, in partnership with the AKU Society, has been named as the new national centre for the treatment of Black Bone Disease, a rare genetic disorder also known as alkaptonuria (AKU).

The announcement means that Liverpool will now become home to the National Reference Service for Alkaptonuria.

Alkaptonuria (AKU) is classed as an ultra rare disease affecting 1 in 250,000 to 1 million people worldwide. It is an inherited condition that causes urine to turn black when exposed to air.

People with alkaptonuria typically develop arthritis, particularly in the spine and large joints. They can also develop heart problems, ruptures (of muscles, tendons and ligaments), kidney stones and prostate stones. The bones of AKU patients go black and brittle – hence its name of Black Bone Disease.

The decision by the Department of Health to award the service to Liverpool follows an intensive series of bids and is the result of ten years collaborative work by the University, the Royal and the AKU Society.

It means that the Liverpool based service will be the world’s first centre for treatment of the disease and comes 110 years after alkaptonuria was first discovered by Sir Archibald Garrod.

Under the initiative, the service will be the focus for scientific and clinical developments. Patients coming to Liverpool will benefit from being able to share their experiences with others. Their treatment and conditions will be monitored by experts whilst they will be offered support and advice on medication.

The co-ordinated response will also allow scientific experts to study the disease and offer patients a focal point for their condition. In addition, the centre will evaluate emerging therapies in the treatment of the disease and continue to offer a point of reference for researchers, medical colleagues and patients from across the world.

Dr Lakshminarayan Ranganath, researcher at the University’s Institute of Ageing and Chronic Disease and consultant physician at the Royal, said: “We are tremendously thrilled with this news. It marks the culmination of years of campaigning to raise awareness of this disease and help create a service which can focus exclusively on alkaptonuria.

“The decision by the Department of Health to award this status to Liverpool is a testament to the years of hard work by a team of dedicated people to establish the excellent partnership work that exists between the Trust, the University and the AKU Society.”

Professor James Gallagher, at the University’s Institute of Ageing and Chronic Disease, said: “Dr Jonathan Jarvis and I are working in partnership with the Trust and the AKU Society to understand and to prevent the severe osteoarthritis that develops in AKU. This new national service will ensure that our recent progress in research is rapidly translated into new and better treatments for AKU patients.”