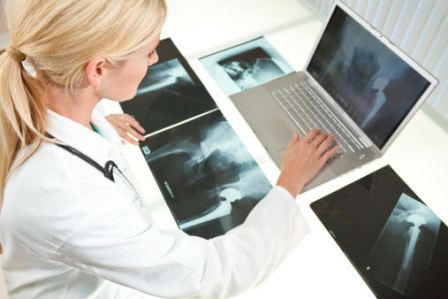 Research in the Lancet this week has shown that metal-on-metal total hip replacements have a much higher failure rate than other options.

The report demonstrated that 6.2% of metal-on-metal hips had failed within five years. At the same point only 1.7% of metal-on-plastic – and 2.3% of ceramic-on-ceramic – had failed. The researchers also found that the risks of failure were greater in women.

Hip replacements restore movement and reduce pain in the joint, but all replacements have a risk of failure, through wear and tear or becoming loose over time for example. The Lancet reported that some fail more than others.

Professor John Hunt, from Director of the UK Centre for Tissue Engineering and part of the University’s Materials for the Future research theme, commented on the story: “Total hip joint replacement is a very successful and reliable medical procedure. The problem is often that there is an expectation that it will last forever, which currently is not possible. It does, however, give patients their quality of life back for a considerable number of years.

“Total hip replacement was pioneered by Dr Sir John Charnley, a Lancashire born Orthopaedic surgeon, in the 1960s and by the 1970s it was the design of choice for all orthopaedic surgeons. It remains a life changing medical therapy and any issues arising from the metal-on-metal design are dealt with very rapidly by medical teams and stringent and robust regulatory bodies.

“An unpredicted adverse reaction to joint replacement can sometimes happen, but this is often something specific to the individual rather than a universal failure of the design itself. Scientists continue to look at the fundamental human cell biology and histopathology as well as epidemiology data to understand why biologically some patients react differently to the metal-on-metal joint. The total hip replacement, however, remains the most reliable medical device developed.”

To read more about the news story, visit the BBC website.