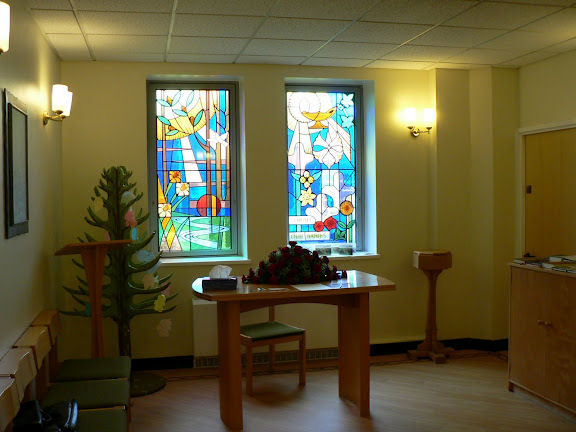 A study by the University of Liverpool has found an increasing number of shared spaces for prayer, reflection and meditation, despite the declining popularity of established religion.

The first ever study of multi-faith spaces in the UK undertaken by the Universities of Liverpool and Manchester observed a mushrooming of multi-faith facilities over the past 10 years in places like airports, universities and hospitals. They are also increasingly common in businesses, football stadiums, shopping centres, schools and colleges.

Dr Andrew Crompton, from the University of Liverpool, said: “Multi-faith spaces are a relatively recent phenomenon, mainly from the second half of the 20th century, with enormous growth figures since the late 1980s, and rising again in the last 10 years. This is despite declining membership numbers in most established religious organisations in the UK.”

Funded by the Arts and Humanities Research Council (AHRC), the team from Liverpool and Manchester Universities have visited over 200 multi-faith spaces (MFS) to date.

Though charting the emergence and scope of these spaces is difficult as many are concealed from public view they estimate over 1,500 exist in the UK.

Dr Crompton added: “Successful multi-faith spaces do not need to be flashy or expensive. In many places we have found that a small, clean and largely unadorned space can serve adequately.

“While this phenomenon – and multi-faith issues in general – have received attention from a theological perspective, less is known about practical themes, such as architecture, and ornamentation within MFS. Our team focused on these design issues.”

The project team also visited 10 other countries as diverse as Germany, the United States, Switzerland and Macedonia to place the UK situation within an international context.

Together they were not only interested in the motivations and processes that lead to the creation of MFS, but also best practice in design and layout, and the wider social effect of these spaces.

Dr Brand said: “Many MFS could be said to merely ‘house difference’ which means that users practice their ‘faith’ either sequentially, or apart. This is particularly the case in what have been termed non-places, such as hospitals, shopping centres, and airports. In such locations, demonstrative religious practices are often viewed as something that, while not objectionable, should at least be concealed from public view.”

Dr Hewson added: “Encounters are likely to be among what one might term ‘liberally minded’ users, and evidence suggests that such encounters might have to be actively facilitated through a carefully managed programme of activities and events, rather than being left to occur spontaneously. However, this is not to say that, going forward, MFS do not have the potential to facilitate genuine and significant encounters between people of different faiths.”

Key findings from the project will be presented to representatives of religious organisations, academics and design practitioners at an international conference at the University of Manchester on 21 and 22 March. Findings have also been translated into a professionally curated touring exhibition, including over 300 photographs that will be launched during the conference.

For further information about the project visit: www.manchester.ac.uk/mfs.