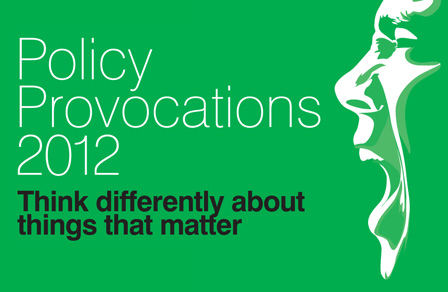 Former CEO of the Mersey Basin Campaign and Visiting Professor at the University of Liverpool, Walter Menzies, will be joined by economic, business and politics experts at a public event to discuss how Liverpool and other global cities move forward as the UK tackles debt crisis and the changing nature of the relationship between the public and private sectors.

As part of the first public debate in the University’s 2012 Policy Provocations lectures series, Professor Menzies comments on the challenges of leadership that Liverpool and the rest of the UK now face: “The economy is the wholly owned subsidiary of the environment. This was true when Liverpool was the epicentre of the first region in the world to industrialise on a revolutionary and unprecedented scale – when the River Mersey enabled Liverpool to become the second city of The British Empire. It is true now in 2012 when the Liverpool economy is again in rapid transition.

“A prosperous future for Liverpool can be achieved only through sustainable development. This demands the rejection of ‘business as usual’ and the radical prospect of Liverpool, Manchester and Warrington working with – rather than against – each other.

“Growing inequalities destabilise our society and increase its inefficiency. We have experienced value destruction and economic devastation on an epic scale as a result of feral bankers, city boys, failed regulation, and rogue economics.

“The response continues to be institutional paralysis. Whitehall is hopelessly compartmentalised – Heseltine has described the departmental silos as ‘functional monopolies’. The government machine churns out what Professor Alan Harding, at Manchester’s Institute of Political and Economic Governance, has described as ‘place blind policies’. Then there is the abject failure of Westminster to see beyond London as the centre of the universe, the north as failing colonies, shopping as the new shipping, and a total lack of vision right across the political divide.

“The Sustainable Development Commission has sketched out 12 steps towards a sustainable economy. Others, such as the New Economics Foundation, are actively exploring viable alternatives to rogue capitalism. Beyond any doubt, however, is the overwhelming evidence from that relentless economic growth is inversely related to satisfaction or happiness. Economic growth is not synonymous with prosperity. The Northwest of England, for example, does not need to emulate South East England to become ‘prosperous’. Our development trajectory must be smart and sustainable.

“In the 19th century, in the city’s glory days, Liverpool businesses were global in reach and Liverpool businessmen had big ambitions for their city. Look no further than this University and the contribution of men like Leverhulme who founded the first town planning school in the world here – Civic Design.

“Now we are told that the city has become over dependent on the public sector, many businesses are sub-offices of London, the US, or further afield and strategic decisions are made elsewhere. We are told that entrepreneurs must shape the future – the Apples and Googles that began in suburban garages.

“So can the private sector deliver? Not on its own is the answer. Enlightened government, strong regulation, a vibrant and dynamic third sector all have a part to play.”

Policy Provocations, Tomorrow’s city: can the private sector deliver? will take place at the Victoria Gallery and Museum on Tuesday, 27 March at 5.30pm. Please call 0151 794 2650 to book a place at the event or register online.