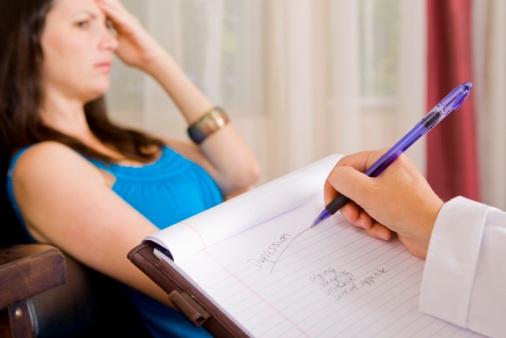 Researchers at the University have found that children who experience severe trauma are three times as likely to develop schizophrenia in later life.

The findings shed new light on the debate about the importance of genetic and environmental triggers of psychotic disorders.  For many years research in mental health has focused on the biological factors behind conditions such as schizophrenia, bipolar disorder and psychotic depression, but there is now increasing evidence to suggest these conditions cannot be fully understood without first looking at the life experiences of individual patients.

The research, conducted by teams at Liverpool and Maastricht University in the Netherlands, is the first of its kind to bring together and analyse the findings from more than 30 years of studies looking at the association between childhood trauma and the development of psychosis.  The researchers looked at more than 27,000 research papers to extract data from three types of studies; those addressing the progress of children known to have experienced adversity; studies of randomly selected members of the population; and research on psychotic patients who were asked about their early childhood.

Across all three types of studies the results led to similar conclusions.  Children who had experienced any type of trauma before the age of 16 were approximately three times more likely to become psychotic in adulthood compared to those selected randomly from the population.  Researchers found a relationship between the level of trauma and the likelihood of developing illness in later life.  Those that were severely traumatised as children were at a greater risk, in some cases up to 50 times increased risk, than those who experienced trauma to a lesser extent.

The Liverpool team also conducted a new study which looked at the relationship between specific psychotic symptoms and the type of trauma experienced in childhood. They found that different traumas led to different symptoms.  Childhood sexual abuse, for example, was associated with hallucinations, whilst being brought up in a children’s home was associated with paranoia.  The research further suggests a strong relationship between environment and the development of psychosis, and provides clues about the mechanisms leading to severe mental illness.

Professor Richard Bentall, from the University’s Institute of Psychology, Health and Society, said: “The causes of psychotic disorders, particularly schizophrenia, are a source of controversy amongst psychiatrists, psychologists and doctors. There is also disagreement about how the disorders are defined.  It’s not unusual, for example, for a patient to be diagnosed with schizophrenia by one psychiatrist, but as bipolar by another.

“Our findings suggest that studies on the neurological and genetic factors associated with these conditions, which are not yet fully understood, are more like to advance our knowledge if we take into account a patient’s life experiences.   We need to know, for example, how childhood trauma affects the developing brain, as well as whether there are genetic factors that increase vulnerability or resilience to traumatic events.

“These questions will need new research strategies, such as studies comparing traumatised children who grow up to be psychologically healthy and those who go on to develop mental illness.  Looking at the brain or genes only is unlikely to tell us what we need to know in order to treat a patient effectively.”

“Now that we know environment is a major factor in psychosis and that there are direct links between specific experiences and symptoms of the condition, it is even more vital that psychiatric services routinely question patients about their life experience.  Surprisingly, some psychiatric teams do not address these issues and only focus on treating a patient with medication.”

Researchers at Liverpool will now look the psychological and brain processes involved in the links between different types of trauma and particular psychotic symptoms.  Future research will also aim to discover why symptoms of psychosis may only be expressed in later life, when the initial trigger many have been many years before in childhood.

The research is published in Schizophrenia Bulletin.