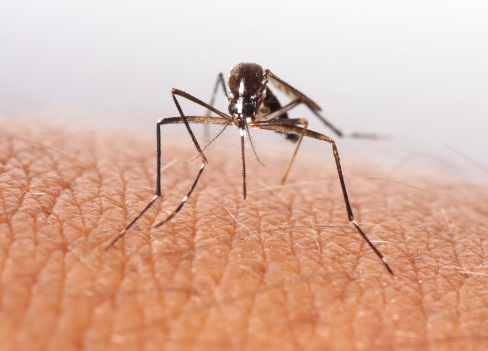 Research at the University has shown that future projections of Europe’s climate could allow the Asian tiger mosquito to live in northern regions.

The Asian tiger mosquito, originally from south-east Asia, is an invasive species with potential to transmit infectious disease, including dengue and chikungunya fever.  The mosquito was introduced into Europe via shipment of goods, such as used tyres and lucky bamboo.

Research has shown that recent changes in the climate may have created the environment to allow the mosquito to spread into north-western Europe and the Balkans.  The team at Liverpool have for the first time used an ensemble of regional climate models, combined with multiple vector distribution models, to simulate climate suitability for the mosquito across Europe.

Dr Cyril Caminade, from the University’s School of Environmental Sciences, said: “The mosquito can carry a number of infectious diseases.  We wanted to find out how far it could spread in the future in order to help scientists predict the risk of the emergence of diseases.  Using climate models and data from health agencies we were able show the areas across Europe that may be most suitable for the mosquito to establish itself as the environment changes.

“We showed that the southern UK, western Germany and Benelux might be more suitable areas for this species in the future, whereas areas in southern Spain and Portugal might become more hostile to it.”

The research is in collaboration with the Health Protection Agency and supported by the Natural Environment Research Council (NERC).