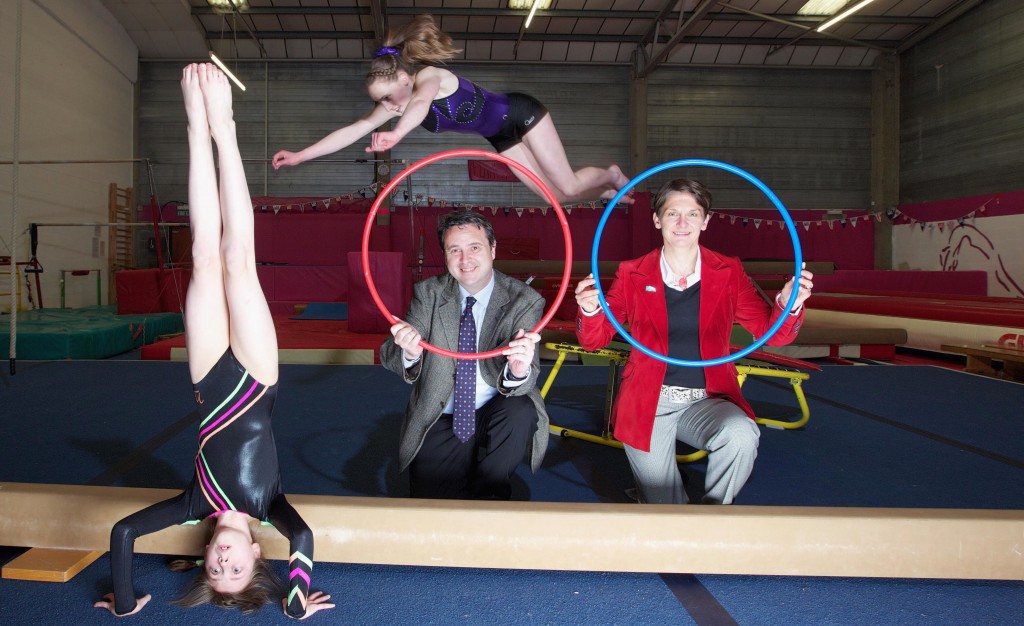 Professor McAllister, also Chair of Sport Wales, appeared alongside the Welsh Government’s Minister for Sport, Hew Lewis to announce an additional £9millon of funding for community sport, in the wake of the 100 day countdown to the Olympics.

At the unveiling, Professor McAllister said: “The aim is simple – it’s to get every child in Wales, without exception, hooked on sport for life. We know there are pockets of good work happening across Wales. But good work needs to become the norm everywhere. We need a shift in the number and range of children playing sport, particularly among groups that may have less opportunity to take part. We simply cannot be complacent and we need everybody in the sector to raise their game.”

Professor McAllister would like to see the money used to double the number of coaches and volunteers in Wales to 250,000 by 2016, support bustling sports clubs and engage partners to deliver a broad range of general sports skills that will develop with the young person for life.

Professor McAllister, who takes public administration, EU politics and multi-level governance classes, among others, at Liverpool, also took to the stage at the Stonewall Workplace Conference in London, shortly after keynote speaker, Home Secretary, Theresa May MP.

Addressing a 650 strong audience of private, public and third sector organisations, Professor McAllister stressed the importance of strong and confident role models in both sport and higher education.

Speaking after the event, she said: “I talked about the diverse role models and multiple identities that allowed every individual to be him of herself in the workplace, and beyond. Sport is a wonderful lever as it has mass appeal and role models are very well established – see Gareth Thomas in rugby, and the positivity that surrounded him coming out in a very macho sport. But, we need to expand and diversify role models – this applies equally in the University sector.”

Earlier, Theresa May told those assembled that she believes “everyone in this country has the right to equal opportunities” and Professor McAllister, who has just been appointed to the Stonewall UK board, has no doubt about the impact a positive working environment can have.

She added: “It’s very important to capture all talent and allow all employers to relax and be themselves in work. This engenders greater engagement and more productivity.”