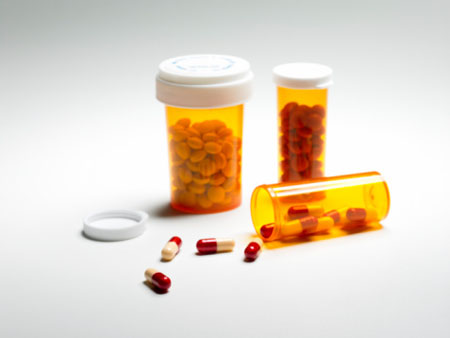 Scientists at the University are working with the European pharmaceutical industry to find new ways of assessing whether drugs are likely to cause liver damage in humans.

The £29 million initiative, funded by the Innovative Medicines Initiative (IMI) and the European Federation of Pharmaceutical Industries and Associations (EFPIA), is a five-year programme led by the University’s Medical Research Council (MRC) Centre for Drug Safety Science.  It is aimed at developing new tests that will help researchers to predict drug-induced liver injury (DILI).

The condition is a leading cause of acute liver failure and transplantation in western countries, as well as a major reason for the termination of drug development in clinical trials and refusal of market approval.

Current pre-clinical drug tests are successful at predicting some types of DILI, but detecting the risk of serious and rare cases of DILI in humans that are susceptible to it, has proved significantly more difficult.  These problems are often not detected until a drug is already on the market.

Liverpool scientists are leading new research in partnership with AstraZeneca, which includes collaborations with eight academic institutions, six small and medium enterprises (SMEs), and 10 other pharmaceutical companies across Europe.  The consortium are working to improve the tools used to test for liver toxicity during drug development and further understanding of the reasons behind drug-induced liver injury.

David Willetts, Minister for Universities and Science, said: “Innovative partnerships between the research base and industry are vital to the success of the life sciences sector. This initiative is a great example of Europe-wide collaboration between leading universities and companies. It will develop potentially life-saving new tests, bringing benefits for patients and encouraging the development of safer treatments.”

The major focus of the project will be on the evaluation of currently available and new laboratory test systems.  Researchers will also develop models that take into account the natural differences between patients.  This is important because factors such as certain genes, the liver’s immune response, and viral infections have all been associated with an increased risk of DILI.

Professor Kevin Park, scientific leader of the initiative from the University’s MRC Centre for Drug Safety Science, said: “The key to resolving the issue of predicting serious and rare cases of drug-induced liver injury is to develop our understanding of the condition from man to molecule, using the combined intellectual and technological resources in academia and industry.

“This will enable scientists to define which of the test systems currently available are fit for purpose and provide a clear impetus for the invention of new tests to enhance the design of future medicines that are both effective and safe.”

Professor Sir John Savill, chief executive of the MRC, said: “The University of Liverpool’s MRC Centre for Drug Safety Science offers a unique environment for highly productive collaboration between academia and industry, which is essential to improve our understanding of why some patients react differently to certain drugs.  This substantially new investment will provide a welcome boost for important translational research that will ultimately lead to better medicines for patients.”

Dr Gerry Kenna, project co-ordinator from AstraZeneca, said: “These new approaches will enable delivery of safer drugs to patients and thereby improve the efficiency and competitiveness of the European pharmaceutical sector.”