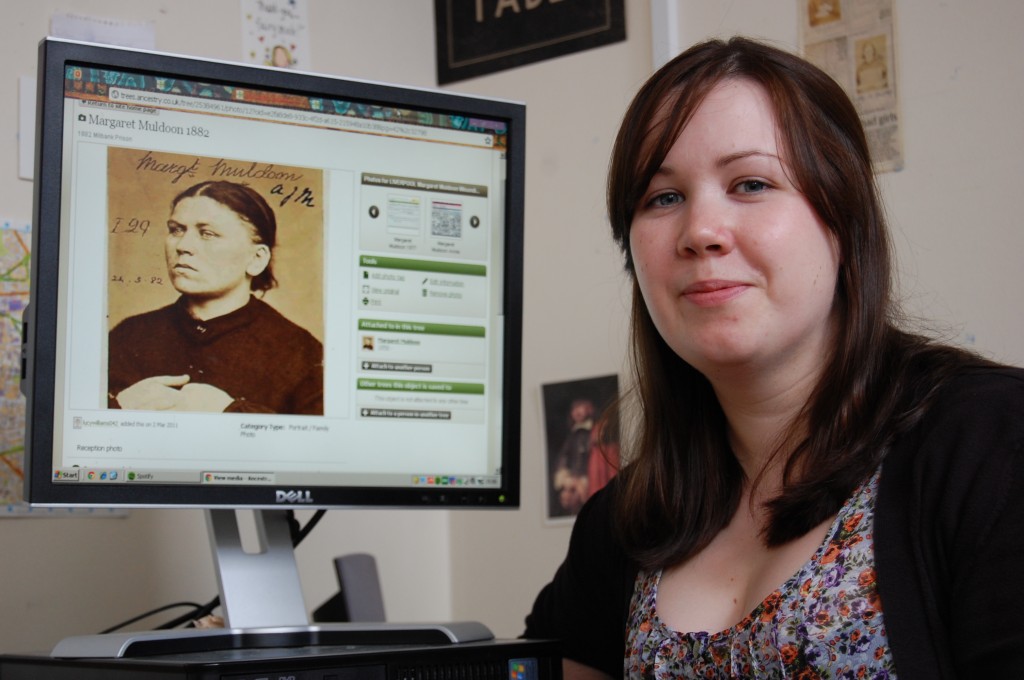 Lucy Williams: “I am interested in what leads women to a life of crime”

Lucy Williams is from Essex, UK, and is studying a PhD on the lives of female offenders in Victorian England at the University’s School of Histories Languages and Cultures.  She graduated from the University of London in 2010 and is now working with Dr Andrew Davies to further understand the personal and external factors that contributed to women’s offending, between 1830 and 1911.

Investigating Victorian society, class and culture, Lucy is using biography, genealogy records, newspapers and criminal records, to analyse the lives of female offenders and throw new light on the nature of their activities, which may help better understand crime today.

One of the stories Lucy has uncovered details the life of Margaret Muldoon from Liverpool, known to police as the ‘captain and leader of the rough women of Stockdale Street’.  Following a number of arrests and imprisonments as a teenager for assaulting a police officer and lighting a bonfire in the middle of a residential road, Margaret later plotted a revenge attack on a woman who accused her husband of assault, resulting in his imprisonment and Margaret’s return home to her parents’ house.  Margaret stabbed her husband’s accuser in the eye, a crime she was convicted of and sentenced to five years in prison in 1882.

Lucy explains: “During Margaret’s time in prison she missed the early years of her marriage and was separated from her son, John, who later died whilst she was still serving her sentence.  When she was released from prison, however, her cycle of offending, conviction, release and repetition did not resume.

“I am interested in what leads women, like Margaret, to a life of crime and what triggered their reform.  In Margaret’s case it doesn’t appear to be the punishment of her crimes that acted as a deterrent, but the change in her personal circumstances.  Perhaps her regret at missing her husband and not being there for her son when he was dying, was the reason behind her more settled life in the years that followed her release from prison.

“For a young woman struggling with poverty, lack of employment, and police hostility, it shows great strength to change the events and lifestyle that led to offending.  What is interesting, however, is that not all female offenders in this period where from poor families, some held respectable occupations or came from affluent backgrounds.  If we can investigate further into the lives of these women, then the information could be used to draw parallels with modern day offenders and how the policing and judicial system has evolved to address them.”

One thought on “Becoming an expert: Lucy Williams”