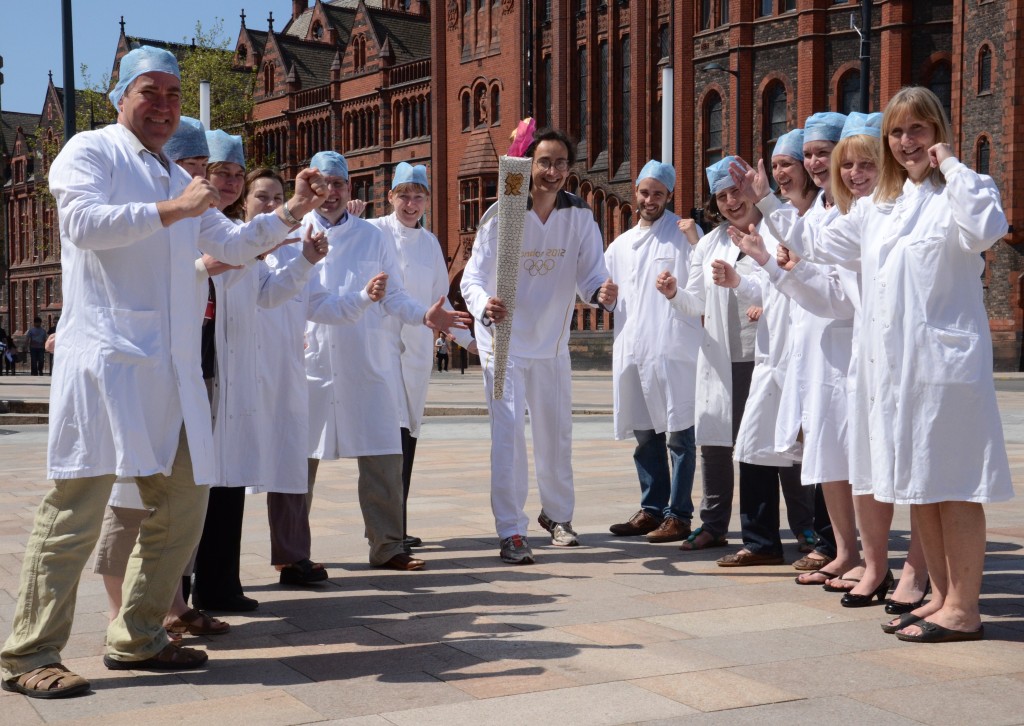 Liverpool will come to a standstill tomorrow as the Olympic Torch makes its way through the city – and the University.

Professor Tom Solomon, Director of the Institute of Infection and Global Health, will join English undergraduate Maggie Hayes, from the School of Arts, and PhD student, Chris Thompson, from the Institute of Translational Medicine, as official torch bearers.

The trio will carry the flame down Brownlow Hill and across to Mount Pleasant before heading along Hope Street, as part of a live televised event.

Professor Solomon will be running the section from the Metropolitan Cathedral to the Philharmonic Hall, and is urging onlookers to don white coats and stethoscopes to cheer him on.

And he’s promised to provide free tea and scones from 3.30pm at Liverpool Medical Institution, Hope Street, to anybody adopting the outfit.

Professor Solomon said: “I am delighted and honoured to be one of the torchbearers representing the University of Liverpool in the London 2012 Olympic Torch Relay. Although on this occasion I won’t be wearing my `Running Mad Professor’ outfit, I hope that as many people as possible will come to watch the event and I encourage them all to support me by wearing white coats and stethoscopes!”

To mark the occasion, Liverpool Guild of Students will host a festival of music, dance and drama in University Square from 3.40pm until around 5.15pm. A number of student societies will perform and LS Media will cover the event on the airwaves.

The Victoria Gallery and Museum will also be hosting a barbecue from 3.30pm until 5pm.

At that time, the Metropolitan and Anglican Cathedrals will ring their bells for 20 minutes, in an orchestrated bell relay, culminating with the ringing of the 15 ton bell in the Anglican tower, Great George. It will ring out five times to signify the five Olympic rings.

Traffic is likely to be heavy around the route and Peach Street car park will be inaccessible from Brownlow Hill as the torch winds its way through campus.

Sport Liverpool are developing a number of participation based events to celebrate the Olympic and Paralympic Games coming to London in 2012. The “Sport Liverpool in 2012“ project has been granted the Inspire mark by the London 2012 Inspire programme which recognises innovative and exceptional projects inspired by the Games.