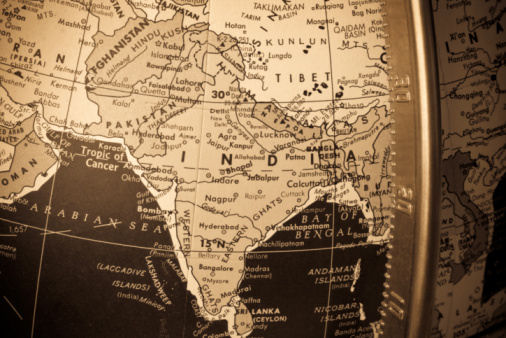 An international event, led by the University of Liverpool and hosted by the British Library, London, will bring researchers together to explore how encounters between Britain and India in the 16th and 17th centuries may have shaped the art, culture, education, and politics of both nations.

The early modern period saw England establishing its first colonies in the New World, but its ideas and expectations about foreign nations, travel and its identity as a political and economic power were influenced crucially at the same time by its experiences in the ‘old worlds’ of Asia and the Middle East.

The British Library event will see researchers from across the world, including the UK, the US, Europe, India and Taiwan come together to present their work on what we can learn about the culture, heritage, and politics of Britain and other nations from travel literature written by early English explorers to India and other nations. Along with archivists at the British Library, they will also look at manuscripts and archive records detailing the more personal stories of those involved in the East India Company and ordinary workers travelling to South Asia and the East for trading purposes.

The aim of the conference is to develop an international network of researchers to further understanding of Britain’s relationship with Asia and the Middle East, and how the past can help shape future projects in arts, heritage, politics, and education.

Dr Nandini Das, from the University of Liverpool’s School of English, and organiser of the event, said: “This was a foundational period when England was making its first formal political and mercantile contacts with what it saw as the real superpowers of the ‘old world’, such as the Ottoman and Mughal empires. The Renaissance Old Worlds conference, which will bring together archivists and researchers from a number of disciplines and a number of countries, will provide us with a unique opportunity to understand this period.”

The event, Renaissance Old Worlds: English encounters from the Levant to the Far East, will take place at the British Library, London, from Friday, 29 June to Monday, 1 July. For more information about the event please visit the website.