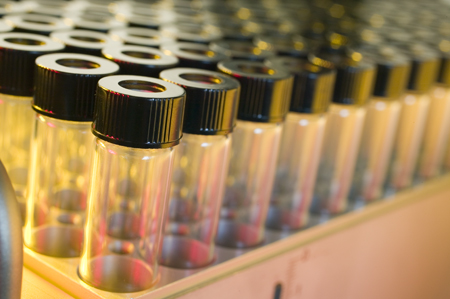 The University has improved the quality and success rate of grant applications submitted to the Medical Research Council (MRC) – a key funder for the Faculty of Health and Life Sciences.

Latest data published by the MRC, shows the institution won eight awards, totalling £6.4 million this year, compared to £790k in 2010/11.   41% of applications were successful, and 38% were rated as of ‘very high’, ‘excellent’ or ‘exceptional quality’ – a significant improvement on the previous year when 5% of applications were judged to be of this standard. This places the University within the top three institutions in the country (of those submitting ten or more applications) for the quality of its applications, closely behind Newcastle and Bristol, at 39.3%.

In addition, the University has jumped six places – from 18th to 12th –   in the Russell Group, for the value of awards funded.

Commenting on the results, Executive Pro-Vice-Chancellor for the Faculty of Health and Life Sciences, Ian Greer, said: “The figures highlight the success of the University’s Strategy to increase the number of large, long- term grants, and is particularly pleasing given our investment in the research environment.

The University restructured the Faculty in 2010 to maximise critical mass in areas of research strength.  We invested in new appointments and established a better career structure for young researchers, as well as creating major new facilities to support biomedical research.  Given that such investment was aimed at improving research  performance with key funders such as MRC, the success rates reported here  is not only encouraging with regard to the new structure and  return on investment, but also reflects the commitment and quality of our academics, whose success is well deserved. The lessons we have learnt from recent funding bids will help the Faculty build on this series of successes.”

For the Faculty of Health and Life Sciences, the MRC is one of the key research council funders of research grants and Doctoral Training Grants for research studentships, which are based on the overall level of grant income.

In recent years the funding success rates have been low despite the numbers of applications declining.  The Faculty has been promoting the need for higher quality applications based on rigorous internal peer-review – a strategy which has reaped reward.

Earlier this year, the University won two major awards from the MRC:- a £2.5m award for the Centre for Integrated Research into Musculoskeletal Ageing (CIMA) – led by Professor Malcolm Jackson, and a five year award “Sources, Seasonality, Transmission and Control: Campylobacter and human behaviour in a changing environment”, led by Professor Sarah O’Brien.

More information can be found on the MRC website, here.