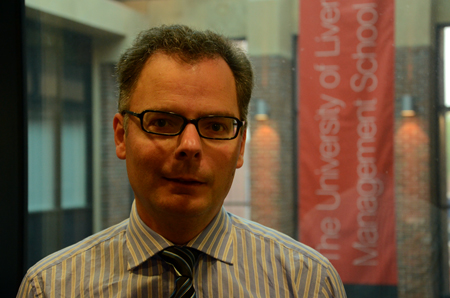 “As the Eurozone economy faces, according to estimates by the International Monetary Fund (IMF), a mild contraction of 0.3% in 2012 followed by anaemic growth of 0.7% in 2013, debt worries in Spain and Italy add pressure to their borrowing costs and threaten the very existence of the Eurozone fairytale.

There are two solutions to deal with the current crisis.

1. The European Central Bank (ECB) should rapidly implement a considerable program of government bonds purchases.  In the current recessionary climate, the risk of inflation overshooting the (near) 2% target is extremely small. Therefore, the ECB should proceed with this form of “Quantitative Easing” which will allow time for the debt and recession-struck economies of Portugal, Italy, Greece and Spain (PIGS) to put forward all necessary structural reforms, regain their domestic competitiveness and restore fiscal prudence.

2. If Germany and the remaining core countries are not prepared to agree with the above, it is probably time for the PIGS to fly on their own.  The PIGS should leave the Eurozone area at the very same time  and form a union with its own currency and fiscal integration.  The new currency should initially be depreciated by around 30% relative to the Euro.

”This will revive domestic consumption, lower labour costs and create new jobs”
Depending upon their willingness to proceed with structural reforms, prudent political governance and fiscal responsibility, this new Club Med union, led by the third (Italy) and fourth (Spain) economic powers of the Euro area, could restore market confidence and provide a credible (medium to long term) and viable alternative to the current Eurozone bloc.  Fiscal integration in the new union should not be difficult to implement: Noting that the fiscal burden in the PIGS is significantly higher than that of the OECD average (see Table 1), the starting point towards fiscal integration should be a simultaneous and generous cut in taxes towards the OECD threshold.  This will revive domestic consumption, lower the labour costs faced by employers, provide incentives to create new jobs and revive economic growth sooner than later.“

Table 1: Tax burden in the PIGS and the OECD for single taxpayers at average earnings without children (as % of total labour costs), 2011.  The tax burden is the sum of personal income tax and employee plus employer social security contributions together with any payroll tax less cash transfers, expressed as a percentage of labour costs. Source: OECD.

Read more
The Sound of Music, fiscal integration and this week’s Eurozone meeting