Dr Barry Campbell: “It is important to understand why this type of bacteria is present in some people and not in others”

Scientists at the University of Liverpool have identified a type of E.coli bacteria that may encourage the development of colon cancer.

The Liverpool team had previously shown that people with colon cancer and with the inflammatory bowel diseases, Crohn’s disease and ulcerative colitis, have high numbers of a sticky type of E.coli in their colons.

Approximately two thirds of patients with colon cancer carry these E. coli compared with one in five with a healthy colon

The team have now found that E.coli bacteria, which carry pks genes that encode a toxin that damages DNA in the cells of the gut lining, are more commonly found in the colons of patients that have inflammatory bowel disease and colon cancer than those that do not have these conditions.  Approximately two thirds of patients with colon cancer carry these E. coli compared with one in five with a healthy colon.

Research, in collaboration with the University of North Carolina, showed that mice with colitis are more likely to carry these E. coli and they often develop colon cancer when carrying E. coli containing pks genes.  They did not, however, develop cancer with identical E. coli that did not contain pks.  They also found that the presence of E. coli carrying the pks genes did not appear to increase inflammation of the gut. 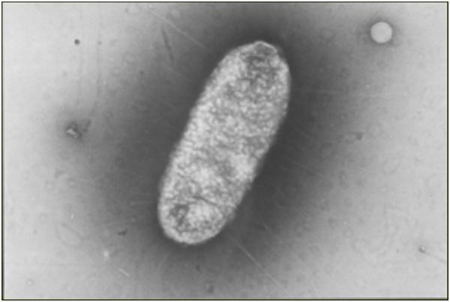 Professor Jonathan Rhodes, from the University’s Institute of Translational Medicine, said: “The fact that the pks-positive E. coli seemed to promote colon cancer in mice without causing increased inflammation led us to investigate its possible role in human colon cancer.

Dr Barry Campbell, co-author of the research at the University of Liverpool, said: “The research suggests that E. Coli has a much wider involvement in the development of colon cancer than previously thought.  It is important to build on these findings to understand why this type of bacteria, containing the pks genes, is present in some people and not others.”

The Liverpool team involved in this study were also the researchers that discovered that dietary agents, particularly plantain and broccoli, could prevent the uptake and transport of E.coli through cells in the gut.  They also found that fat emulsifiers in processed food encouraged the movement of bacteria through the cells.

The research, supported by North West Cancer Research Fund, Crohn’s & Colitis UK, and the National Institute for Health Research, is published in the journal Science.