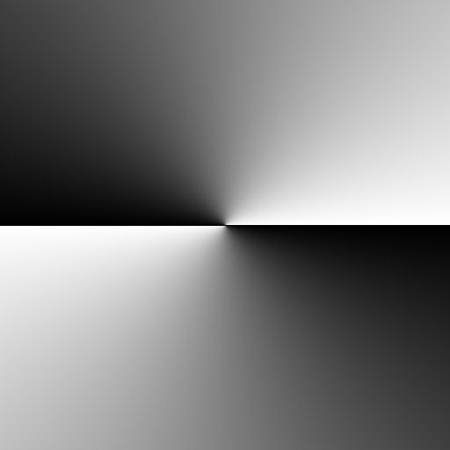 The team used twisted wave-fronts to transform the electric field

A new optical technique, capable of producing laser beams with unusual modes of electric field, has been developed by scientists at the University of Liverpool.

The new technique could have a major impact on laser micro-machining, by increasing process efficiency and quality through the use of different modes of ‘polarisation’ or electric fields. These are unusual states of light and difficult to produce.

Many lasers have linear polarisation – where the electric field of the beam is, for example, vertical everywhere. Radial and azimuthal polarisations, however, have a directional change of electric field and it is laser beams with these particular modes that have been produced by scientists at Liverpool.

Laser micro-machining with linear polarisation is used in a wide range of precision manufacturing industries, from the drilling of holes for fuel injection nozzles, to the processing of silicon wafers and the precise machining of medical stent devices.

The Liverpool Laser Group, part of the School of Engineering, was able to successfully demonstrate a flexible and cost-effective way of producing radial and azimuthal polarisation modes using a Hamamatsu Spatial Light Modulator. This device or ‘magic mirror’ can rotate the polarisation at any point in the laser beam to any desired direction.

Olivier Allegre, part of the team based at the Lairdside Laser Engineering Centre led by Professor Ken Watkins, used a 100 femtosecond-pulse laser source, together with a spatial light modulator and a wave-plate, to demonstrate laser micro-machining with these new modes of polarisation which alter the interaction of the laser with any material.

He added: “This technology and these new modes of polarisation enabled us to achieve significant gains in processing speed and quality when micro-machining stainless steel plates. A radially polarised beam increased the machining speed, due to the higher absorption of radial polarisation which increases the coupling of the laser energy during machining.

“We will now study how this new technique could improve the processing of various materials, such as semiconductors and dielectrics. The technique is also significant for improving image detail in microscopy, and could benefit fluorescence-based imaging of biological samples.”

The research is published in the Journal of Optics.