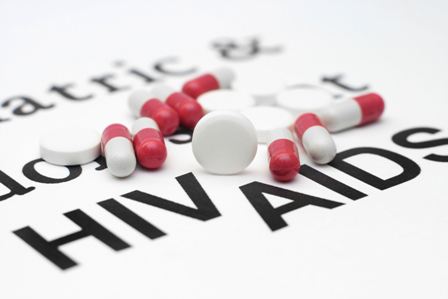 Professor Steve Rannard: “This project is the first step towards taking nanomedicine options out of our labs and into the clinic”

Scientists at the University of Liverpool are leading a £1.65 million project to produce and test the first nanomedicines for treating HIV/AIDS.

The research project, funded by the Engineering and Physical Sciences Research Council (EPSRC), aims to produce cheaper, more effective medicines which have fewer side effects and are easier to give to newborns and children.

The new therapy options were generated by modifying existing HIV treatments, called antiretrovirals (ARVs).  The University has recently produced ARV drug particles at the nanoscale which potentially reduce the toxicity and variability in the response different patients have to therapies.  Drug nanoparticles have been shown to allow smaller doses in other disease areas which opens up possibilities to reduce drug side-effects and the risk of drug resistance. Nanoscale objects are less than one micron in size – a human hair is approximately 80 microns in diameter.

Professor Steve Rannard, from the University’s Department of Chemistry, said: “Nanomedicines are being used daily to treat a range of conditions around the world. There are, however, no current nanoparticle HIV therapies that are providing this kind of patient benefit. This project is the first step towards taking the nanomedicine options that we have developed out of our labs and into the clinic, representing a significant milestone in the development of new HIV treatments.

“If we can demonstrate real potential from our planned clinical work with healthy volunteers at the Royal Liverpool University Hospital, then our collaboration partner, IOTA NanoSolutions, will take forward the further development and clinical validation of the ARV drug particles in HIV patients. We also aim to test new formulations for children in developing countries, offering HIV patients around the world the prospect of safer, more effective treatments.”

Professor Andrew Owen, from the University’s Department of Molecular and Clinical Pharmacology, added: “We have integrated an assessment of pharmacology and safety early in the research and this has allowed us to rapidly progress lead options for clinical trials. The work has been conducted with the Medical Research Council (MRC) Centre for Drug Safety Science also based at the University.”

“Our data so far looks really exciting, offering the potential to reduce the doses required to control the HIV virus.  This work builds on initiatives by Médecins Sans Frontií¨res and other groups to seek ways to improve ARV therapy and could have real benefits for the safety of ARVs globally. Importantly we also hope to reduce the costs of therapy for resource-limited countries where the burden of disease is highest.”

HIV continues to increase in prevalence, with 34 million people currently infected worldwide.  The new HIV therapies offer particular hope for treating children with HIV which affects 3.4 million children under the age of 15 years in Sub Saharan Africa.  About 90% of infected infants acquire the virus through mother-to-child transmission.  Without treatment one third of children die within their first year of life.

There are currently very limited child-appropriate HIV drugs available and existing treatments carry a range of risks for the infant including under or over dosing. The new HIV nanomedicines from the Liverpool team disperse into water, which will make them easier to administer, particularly to newborn babies.

The project will manufacture the ARV nanomedicines using commercially relevant techniques under clinical grade manufacturing conditions. IOTA NanoSolutions was created to further develop and exploit technology originally developed at the University of Liverpool.  The company operates a novel nanoparticle synthesis technology, ContraSolâ„¢ and is working with major global pharmaceutical companies.  The ARV programme represents a further extension to the ongoing collaboration between the University of Liverpool and IOTA NanoSolutions.

The project aims to deliver highly valuable data within three years and provide a platform for continual development and testing during that time.

David Delpy, Chief Executive of the EPSRC, said: “The EPSRC is continuing its strong investment in nano-related research, which now permeates through almost every aspect of the engineering and physical sciences.  This research may bring significant benefits to children infected with the HIV virus.

“It demonstrates how the vast potential of the fundamental science of nanotechnology is now being pulled through into engineering applications that help us address the societal challenges we face in healthcare and other areas.”