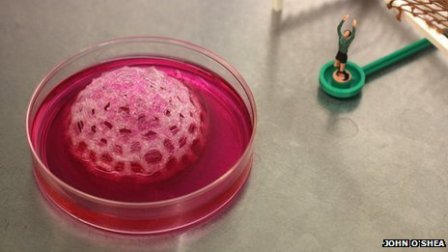 The world’s first ‘living football’ using cells from a pig’s bladder has been created by an artist working with scientists in the University’s Clinical Engineering laboratories.

Experimental artist, John O’Shea, worked with Professor John Hunt for more than two years to create the football, which was inspired by the very first footballs made from pigs’ bladders.

Professor Hunt, from the Institute of Ageing and Chronic Disease, said: “When John first came to talk to us we had already supported the artists that came to Liverpool for the European Capital of Culture exhibitions in 2008. The idea of using a tissue engineering process to grow a football – using materials with cells in bioreactors – was an interesting concept. 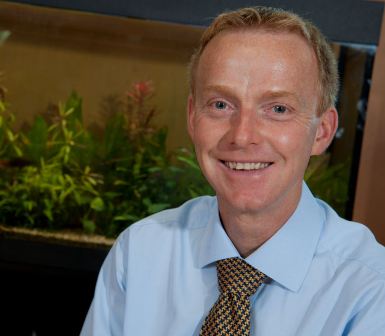 “John spent the first six months learning how to manage and maintain cell populations in the lab. We undertook a number of experiments to develop the process for growing the ball, from obtaining the animal cells to creating special scaffold materials so that the tissue could take on a football form.

“Gathering the cells to build the artificial bladder was also a challenge as John wanted to use the same waste materials which were historically used to make footballs rather than use cells from a commercial supplier, which meant we had to ensure the material was not contaminated travelling to the lab.”

John O’Shea said: “When I heard that an artificial human bladder transplant had been successful, I thought the football could be re-invented using a similar process.

“Football itself has many different forms all over the world and I had heard stories from people older than myself about the way, as children, they would make footballs from pigs’ bladders. When we consider that footballs are now completely synthetic, this organic origin fascinated me, and I wanted to recreate it.”

The finished work has formed the centrepiece of Manchester’s Abandon Normal Devices exhibition, which showcases a range of experimental art as part of the 2012 Cultural Olympiad. John O’Shea’s work with Professor Hunt was funded through the Wellcome Trust’s artist in residence program. 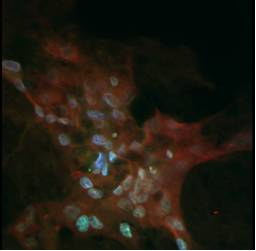 Cells in a scaffold