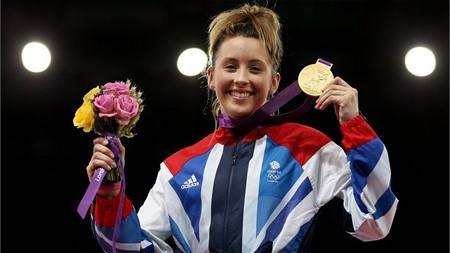 “I have just burst out of the wonderful bubble that was the 2012 Olympics & Paralympics. I was lucky enough to be in London for the duration. During that time, I watched all 30 Welsh Olympians and almost all 38 Welsh Paralympians (where they won 12% of Team GB’s medal haul), as well as many other athletes, saw an estimated three-quarters of the sports, and visited virtually all Olympic venues.

My duties as Chair of Sport Wales meant some 90 media interviews (in Welsh and English)- including some interesting ones for Japanese TV and Nigerian radio! I attended what felt like a multitude of receptions (don’t show me another canapé!), dozens of meetings with sports colleagues from across the UK and the world…and, perhaps most importantly, I tweeted approximately 1,700 times! Incidentally, in the Paralympics, tweeting became the most reliable and live mechanism for people at home to follow our athletes, as Channel 4’s live output was patchy to say the least.

So, exhausted but exhilarated, thoughts now turn to legacy. One thing is clear: we simply cannot afford to let the momentum slip. The term ‘legacy’ is overused and vague so let me focus on one specific area: the challenge of changing the sporting landscape for women and girls.

“I really wish I could get back into it.  I tried running with a friend, but I was so out of breath that I couldn’t do it.  I’m not fit enough anymore, so I don’t feel that I could do it again”

This quote from a young woman comes from research commissioned by Sport Wales on participation amongst 14-21 year olds. The statistics are damning across the UK- girls’ participation declines more rapidly than boys’, and there is a stubborn lack of engagement with PE, at secondary school especially.  So how might we use the incredibly positive images of sportswomen during the Games to inspire a new generation? The answer has many dimensions, I suspect: alongside promoting fine role models such as Josie Pearson, Sarah Storey, Jess Ennis, Ellie Simmonds and Jade Jones-emphasising that it’s cool to have muscles and a six pack- we need to show that sport is not just about becoming the best. It is about fun and fitness, fulfilment and friendship.

”Sport is not just about becoming the best. It is about fun and fitness, fulfilment and friendship.

The bottom line is that, without women in leadership positions in sport (we remain a minority, believe me, as any of the receptions or ministerial meetings I attended underlined), we always risk an exclusive and uniform male perspective. From participation to coaching and volunteering, to the media and corporate governance, there are far too few women involved at the top. Young girls tell us that what gets them or keeps them involved is strong role models and gentle encouragement from friends. I know from the Young Ambassadors’ programme, established as an Olympic legacy scheme, there are thousands of hugely talented and articulate young women out there inspiring their peers to take part in sport- perfect local role models to drive participation.

Sports themselves must examine their offer too. Following the success of women’s hockey and football, and Team GB’s male gymnastics team, there is no excuse for not showcasing all sports as inclusive to both sexes. We know people want different sport offerings now: some will crave and thrive upon competition, others want shorter, sharper, more social recreational offers. Sport needs to respond to the new profile of society if the dramatic shifts in participation levels are to be achieved.

Clearly, the Games showcased women’s sport like never before, but we cannot afford to let our sportswomen disappear now that football and rugby return to dominate the back (and front) pages. The media has a duty of its own to be more proactive and balanced in its coverage and output.

Most importantly for me, all young people need to have the basic physical skills from the earliest age. Schools are our most significant partner. Imagine if all children left primary education with the basic ability to run, jump, catch and throw and that this was then nurtured throughout secondary school to develop confidence and thus enable participation in a wide variety of sports.

So my biggest hope for a lasting Olympic and Paralympic legacy is a huge and rapid reduction in the negativity that many young women still hold towards sport. This will require a huge and determined effort from us all but it is the only way to deliver the next Jess Ennis  and Nicola Adams, as well as inspiring a generation.

That’s an Olympian task but worth every ounce of blood, sweat and tears.”