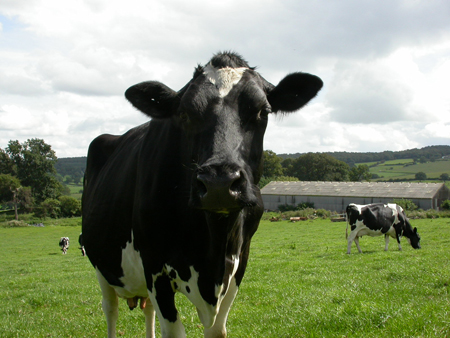 “You can hardly have watched or listened to a news programme recently without encountering a bad tempered ‘debate’ about bovine tuberculosis, and the role culling badgers plays in its control.

“If you already had a view, or even if you didn’t, none of this will have changed your mind, not least because the issue is often presented as a simple punch up between Brian May and the National Farmers’ Union. Neither gets to, nor often seems to want to, discuss the limitations of the (usually selective) evidence or to introduce much nuance into the arguments.  And the politicians have managed to turn the whole issue into a party-political one, both sides claiming to have science on their side (at least when people claim to have God on their side, you know what to expect).

“Meanwhile, chugging along behind this screen of noise and smoke is a policy heritage in Defra/MAFF that has evolved over decades and spent large sums of money in the process: a policy which, unlike the modern milk tanker, is very difficult to turn around. Abandon hope of reason all ye who enter this debate, you might be forgiven for thinking.

“And yet, and yet… if you screw up your eyes and wish very hard some hints of colour can, perhaps, be glimpsed in this otherwise very black and white landscape.  The first is a European Commission report on the control of TB in the UK.  The sentence that caught my attention reads: “UK politicians must accept their responsibility to their own farmers and taxpayers as well as to the rest of the EU and commit to a long-term strategy that is not dependent on elections”.

“It is deeply frustrating to see so much political energy put into hurling around ill-understood (and sometimes deliberately misunderstood) scientific evidence, and almost none into the big political questions that science cannot answer”

“Hurrah, I thought, not so much a wake-up as a grow-up call.  However, I have to confess the comment is more a criticism of Welsh policy daring to deviate from Defra’s than a real call for political maturity.  And while it’s easy to agree with much of the report, it still takes a rather simplistic view of the badger issue.

“More colour can be found in the consultation document; Bovine TB: A call for your views on strengthening our eradication programme and new ways of working, just launched by the Animal Health and Welfare Board for England, a Defra advisory group. This consultation is aimed mainly at farmers and vets. As well as asking their views on various control measures in cattle, including stronger control measures in cattle and regional variation in approaches to control, it starts a welcome discussion about the fundamental issue of ownership of the problem.

“Don’t get me wrong, I not only appreciate but fully agree that science can only inform policy, and it is the politicians not the scientists who should be making that policy.  But it is deeply frustrating to see so much political energy put into hurling around ill-understood (and sometimes deliberately misunderstood) scientific evidence, and almost none into the big political questions that science cannot answer.

“Who ‘owns’ this disease? Is it the government or the industry, the Minister or the farmer? Is it important? If so, to whom? The control of bovine TB certainly costs a lot, but using that argument merely suggests that spending more money on control would make the disease more important. So how much effort are we willing to put into its control? And, crucially, who is willing to pay?  Here, at last, are some big political questions for our politicians to debate.”

8 thoughts on “The Liverpool View: Who owns bovine TB? It’s not a black and white issue”