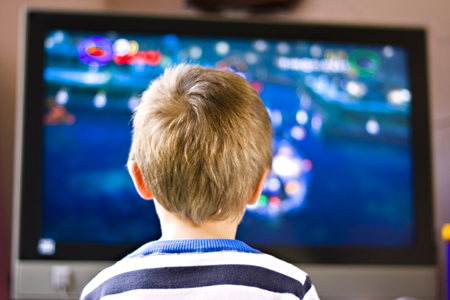 Researchers at the University of Liverpool have found that regulations introduced to reduce children’s exposure to junk food advertising have not had a significant impact.

Dr Emma Boyland, from the Institute of Psychology, Health and Society, compared food adverts broadcast on the 13 UK TV channels most popular with children in February 2008, with those from the same period in 2010.  Results showed that, a year after regulations to limit the number of adverts for unhealthy food products were fully enforced, there had only been a slight reduction in the junk food advertising children were exposed to.

The research found that the proportion of advertising for food products did drop slightly over the two year period (from 13% to 11.7%) but the reduction was in advertising for both healthy and unhealthy foods. Therefore, the study found that TV food advertising in the UK is still dominated by promotions for unhealthy products and healthier options are rarely seen.

Professor Jason Halford, Head of the Department of Experimental Psychology, said: “Although advertising of unhealthy foods to children on UK television is now regulated, our study found that this has had very little impact on the advertising of high fat, sugar and/or salt (HFSS) foods children are exposed to.   Unhealthy foods are still heavily promoted and healthier options are significantly under-represented.

“The links between TV advertising and unhealthy diets are well-known so this study shows that TV advertising of unhealthy food products is still a major threat to children’s health.  Regulations must be re-examined to tackle food advertising not just on child-targeted programming but during the television that children actually watch.”

Food advertising during dedicated children’s programming did fall between 2008 and 2010 but did not change in prevalence during children’s peak viewing times.  The study also found that children are still exposed to extensive advertising for HFSS foods during family programmes (such as the X Factor and soap operas) which have large child audiences but escape regulation.

Research has shown that TV advertising has a strong effect on children’s food choices and intake. There are concerns about the link between the advertising of unhealthy food products and increasing levels of paediatric obesity in the UK and across Europe.

The findings by the University of Liverpool reflect the report `A Junk-free Childhood 2012: Marketing food and beverages to children in Europe’ recently published by the International Association for the Study of Obesity.  This report found that children’s exposure to junk food products has fallen by barely a quarter over the last six years and that self-regulation of advertising of junk food products to children does not work in a highly competitive marketplace.

2 thoughts on “Regulation of junk food advertising has minimal impact”