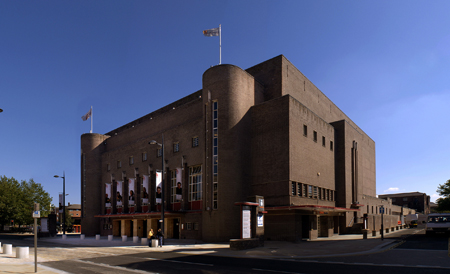 Tony Shorrocks: “The Liverpool Philharmonic is one of the great concert halls of Europe”

The University of Liverpool’s Lunchtime Concert series, presented by the School of Music, begins with a series of six performances in the Liverpool Philharmonic Hall.

The 40 minutes recitals, taking place in the Hall’s Rodewald Suite on Tuesdays and Wednesdays over the next three weeks, form part of the Music with Performance masters programme and feature singers from around the world, as well as a trio of pianists, and flautist, Jessica Hignell.

Tony Shorrocks, Head of Performance in the School of Music, said: “Any live performance is an act of communication. To perform in front of people who are experienced concert-goers is a different, more demanding and ultimately more rewarding  act than a mere examination, and has to be of benefit to anyone on the threshold of a career in music which will include performing, as will be the case for all of these six students. “It is as close as it gets to the real life situation of giving a professional concert.” 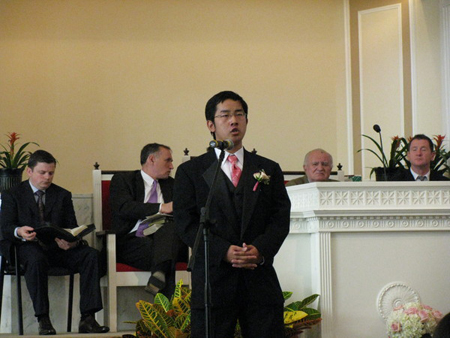 Zixian Yang will perform on October 9

The shows are open to the public and the series opens on Tuesday 9 October, with Zixian Yang singing Schumann’s “Liederkreis” op 39, alongside songs by Finzi and early Italian composers. Zixian is followed by Curtis Perriman, on 10 October; pianists Qianqian Wei and Jia Mi, on the 16 and 17 of October respectively; before flautist, Jessica Hignell takes to the stage on Tuesday 23 October; with pianist Shi Lei following, on 24 October.

“In our recorded, sanitised world it is too easy to forget – or indeed never experience – the frisson of what music, live music, is actually about”

Tony said: “In our recorded, sanitised world it is too easy to forget – or indeed never experience – the frisson of what music, live music, is actually about. These performances will be from people who are relatively new to performance at this level, and as such I anticipate they will bring fresh insight and engagement to the pieces they are playing and singing. It will not be exactly like the CD at home, or the well known performers one has already heard. In short, it will be an act of communication that will be refreshing, renewing and a hugely pleasant way to spend a lunchbreak.”

Each recital starts at 12 noon, and tickets can be booked through the Liverpool Philharmonic Hall website. The Lunchtime Concert programme will then continue with a series of free performances at venues throughout campus.

Tony added: “The Liverpool Philharmonic is one of the great concert halls of Europe. As a final recital it is a really excellent goal for the students to aim for, and the experience of doing it, with all that involves in preparation, commitment, conquering nerves and having a very clear “end” to their studies, is a very valuable part of what the M Mus course offers.”

Admission is free for staff and students on production of a University card, or £3 otherwise. To book your tickets, please visit the Liverpool Philharmonic Hall website.