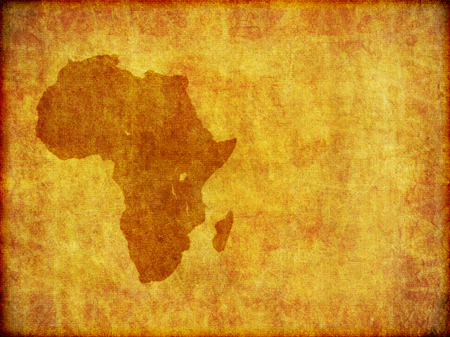 Dr Melita Gordon: “Hopefully, improving HIV treatment across Africa will reduce the prevalence of this infection”

The emergence and spread of a deadly strain of Salmonella, Salmonella Typhimurium, in sub-Saharan Africa is linked to the HIV virus, according to researchers from the University of Liverpool.

The scientists, working as part of an international team, tracked the spread of invasive Non-Typhoidal Salmonella (iNTS) in sub-Saharan Africa, where it kills one in four people who catch it. They found that the emergence and spread of the deadly version of the intestinal germ is closely associated with Africa’s HIV epidemic.

The research team sequenced the DNA of 179 samples of Salmonella strains from across Africa. They found that new strains of the bacterium emerged in two waves and in two locations. The first started in south-eastern Africa about 52 years ago and the second wave started 35 years ago in the Congo Basin.

”This is the first time we have demonstrated the spread of a variant right across the continent, associated with HIV”

Dr Melita Gordon, from the University’s Institute of Translational Medicine said: “We found that the emergence and spread of new variants of Salmonella Typhimurium mirrors the emergence of HIV in Africa.  These strains seem to be quite unique to Africa. This is the first time we have demonstrated the spread of a variant right across the continent, associated with HIV.

“HIV attacks the immune system and leaves people more vulnerable to other infections.  It looks like the bacterium was able to enter, adapt, circulate and thrive in the people whose immune systems were weakened by the HIV virus.  Hopefully, improving HIV treatment across Africa will reduce the prevalence of this infection.”

The researchers also found that another of the major contributing factors for the increased spread of the new strains was that the bacteria had become resistant to antibiotics used to treat them.

Outside Africa, Salmonella Typhimurium causes gastroenteritis and diarrhoea and is fatal in less than one per cent of healthy people infected.  However, in sub-Saharan Africa the infection poses a much more serious health threat, invading into the blood stream and having a mortality rate of 25% or more among those with HIV, malnutrition, or malaria.

The newly-evolved strain of Salmonella has been recognised in Africa since 2009 but this new work has provided evidence that it is a single epidemic causing deaths right across the continent.

The research is published in Nature Genetics.