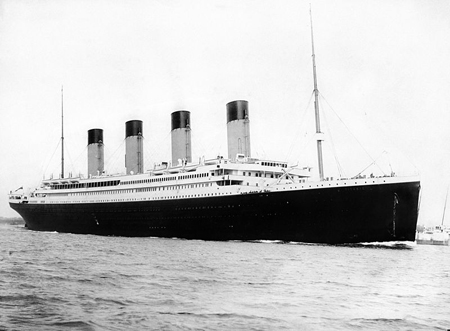 The Titanic registered at the Liverpool headquarters of White Star Line

The Institute of Irish Studies is hosting a lecture on the Titanic’s legacy and city links as part of the Liverpool Irish Festival.

Professor John Wilson Foster will talk about the place the Titanic occupies in history.  Professor Wilson has published three books on the Titanic and is an honorary researcher from Queen’s University Belfast.  Ian Murphy, curator of maritime history at the National Museums Liverpool, will also discuss the links that the ship had with the city of Liverpool.

The Titanic is perhaps the most iconic ship in history and its tragic story, known the world over, continues to capture the public imagination. Built in Belfast, Titanic never visited Liverpool but she was owned and registered in the city headquarters of White Star Line.

The lecture takes place in the Eleanor Rathbone Building at 6.00 pm on Tuesday, 16 October

This event is part of the Liverpool Irish Festival, an annual event to highlight the Irish impact on the city which includes performance, participation, entertainment and education in Irish traditions, music, literature, theatre, and art.  The Festival is in its tenth year and is Britain’s leading showcase for contemporary Irish culture.